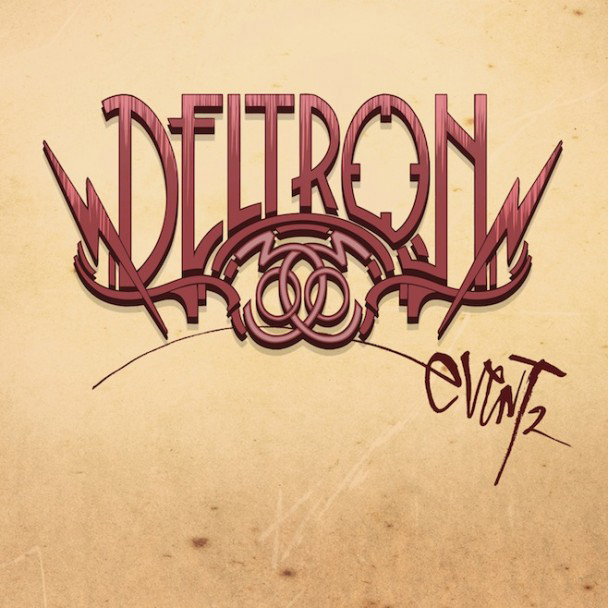 It’s been quite some time since the hip-hop super-group Deltron 3030 last released an album — 13 years, to be exact. After a number of delays and a ton of hype, the group has finally returned with a follow up album this past week titled “Event II.”

For those who don’t know, or who have simply forgotten, Deltron 3030 is a trio composed of producer Dan the Automator, turntablist Kid Koala, and rapper Del Tha Funkee Homosapien. Formed at the turn of the millennium, the trio has the heart of 90s hip-hop and the mind of modern production. The group operates under a good versus evil like concept. Set in the dystopian future of 3030 and later, rapper Del takes on the personas of Deltron Zero and Deltron Osiris, superhero alter-egos that defend the people from the oppressions of new world order. The first album told of Del’s battles with corporations and the like, and this album is a continuation of this idea. It is not, however, a retread, as rapper Del proclaims in the sixth track, “Melding of the Minds” that, “This ain’t a sequel, it’s season two.”

The album begins with an introduction narrated by actor Joseph Gordon-Levitt telling of the group’s return and all that has occurred since the year 3030. Levitt reports that it is now the year 3040 and things have gotten worse. Banks have collapsed, the middle class has dissolved, and the government has collapsed, all seemingly analogous to present day 2013. Thus, Deltron Zero/Osiris and the group are called back to action, which Del states in the chorus of the second track, “The Return.”

Included on the album are a number of guest features, some odd, including the likes of Zach de la Rocha, Mike Patton, Jamie Cullum, Sean Lennon, and The Lonely Island. These guest vocals accompany majority of the album; in fact, only two of the 16 tracks do not contain a feature. Their presence do not add to the narrative but serve as a crutch, as they are primarily used for hooks.

Standout tracks include, but are not limited to, “What Is This Loneliness,” featuring Blur front man and Gorillaz’s singer-songwriter Damon Albarn and Hieoglyphics’ rapper Casual; “The Agony” featuring actor Mary Elizabeth Winstead; “Look Across the Sky” also featuring Winstead’s vocals; and the noir-sounding last track “Do You Remember” featuring jazz-pop singer/songwriter Jamie Cullum. A couple of skits are scattered throughout the album as well, and while they’re funny, they really don’t add to the album and just break up the momentum of it.

While it is great to have the group back, it is hard to shake off feelings of disappointment and a want for something more from the album. The futuristic concept is great in theory and is executed well enough, but because the songs are primarily centered around that, the album becomes a bit monotonous. The songs are similar in sound and verse so tend to blend together, leaving the album sounding bland. This album doesn’t really have anything all that new or unexpected from what this group has already done; however, the production by Dan the Automator is solid as always, as he brings his signature cinematic boom-bap beats, and Kid Koala’s scratching accompanies the tracks sufficiently. Interestingly, as it took this album 13 years to be released, Dan and Kid Koala actually finished their parts in 2008, while lyricist Del struggled with writer’s block.

Del’s lyrical dexterity depict the battles and encounters with those in power, thoughts about the music industry, and a whole lot of boasting. Although these traits are great, contrary to Del’s statement in “Melding of Minds,” it doesn’t seem to distinguish it from their first album, even with unexpected guest accompaniments. Del’s vocals on “Event II” should also be noted, for they are usually grand and commanding but seem to lack the vibrancy he is known for. His voice sort of gives the songs a lazier feel, only adding to the monotony of the album. At times, when Del is coupled with a pleasant production, the track becomes overpowering, Del’s presence gets lost in the mix, and the song is less interesting to listen to.

Ultimately, whether or not this album lives up to the expectations of anticipated, longtime fans solely depends on what those fans are looking for. If they are looking for the same or similar sounds, they should have no problem with this album. But if fans want an inventive album that stacks up to Deltron 3030’s debut, then they will surely be let down. Event II may not be as monumental as fans might have hoped it would be, but it is still worth checking out nonetheless.