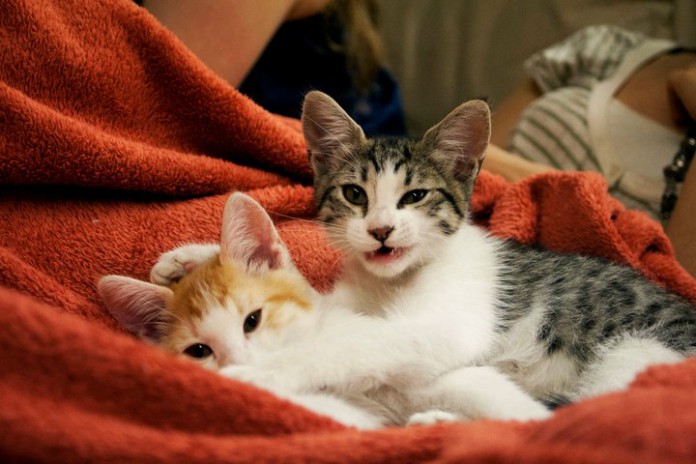 Those big brown eyes, that adorable wagging tail, and the endless number of cuddle sessions — how could anyone possibly resist the allure of becoming a proud new owner of a soft, playful, and loving pet? However, the excessively large number of animal shelters spread throughout Santa Barbara County may provide further insight into why it’s wise to think twice before welcoming a new furry member into your home.

“If you’re thinking of getting a pet, make sure you’re in a stable living situation and you’re ready for that responsibility,” said Jennifer Sirak, adoption attendant at DAWG animal shelter.

Santa Barbara County is home to over 20 animal shelters. On Overpass Road in Goleta, there are five in close proximity: Animal Shelter Assistance Program (ASAP), Bunnies Urgently Needing Shelter (BUNS), Dog Adoption and Welfare Group (DAWG), Santa Barbara County Animal Services, and Santa Barbara Humane Society. A large population of the animals at these shelters come from students who can no longer take care of their pets and are forced to give them away for various reasons: strict landlords, moving back home, insufficient funds, too much responsibility added to an already hectic schedule, or disapproving roommates.

The workers and volunteers at these shelters know all too well how the impulsive decisions of students have a great impact on the animals that live here.

“A lot of time people don’t think through the decision to adopt a cat, they have a hard time finding housing that accepts cats, roommates don’t want a cat, animals don’t get along with other animals, and there are a lot of strays,” said Rhonda Douglas, President of ASAP.

Each animal shelter on Overpass Road has a distinct function. ASAP only takes in cats, mostly strays they find on the street in addition to the ones given to them by students. ASAP takes in about 1,200 cats per year. More often than not, due to overcrowding, many shelters are forced to euthanize animals in order to make room for more; however, ASAP does not euthanize their cats. Eventually all the cats get adopted, and they are only put to sleep for untreatable health problems that make them unable to be adopted.

DAWG is another shelter that does not put their animals to sleep. At DAWG, they take in dogs from high kill shelters. Their main purpose is to eliminate the euthanization of dogs in other shelters. They also take in dogs whose owners can no longer take care of them. DAWG generally takes in an average of 7 dogs per week.

“For students who already have, or are thinking of getting a pet, it’s important you keep things at home calm and maintain a safe environment for pets,” said Sirak. Party scenes are not good for them.

Douglas, with a similar recommendation, said, “Before adopting a pet ask your landlords and roommates to make sure you’re allowed to have them. Make sure you’re living in one place for a while, think ahead.”

The workers at each shelter expressed how hard it is to watch people adopt these animals without putting a lot of thought into it, because they don’t want to see these pets come back. Each worker and volunteer really wants to encourage people to make responsible decisions. Many students think it would be nice to have a pet in their house or apartment, and often disregard the fact that they are very busy with school and other outside activities, not to mention that some places in Isla Vista may not even allow pets.

So, if you’re thinking about adopting a pet, think about if it’s the right time for you. Do you really want to commit? Are you ready to handle the responsibility on top of your already stressful workload? Think about how this big step will affect not only you, but also — more importantly — the animal.