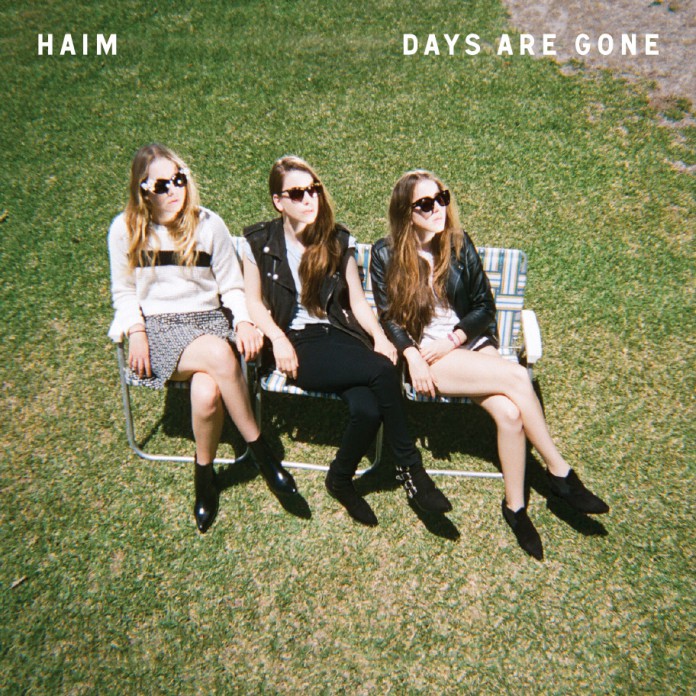 When Haim’s first single, “Forever,” made its round in 2012, Haim almost instantly became the newest darlings of the Internet music scene. Featuring a polished sound that evokes the soft-rock of the 1980s with a modern, harder sensibility, Haim (rhymes with “time”) quickly became a sensational band and a great musical enigma that people couldn’t quite figure out. And even though we may never figure out how they managed to create such an inclusively eclectic sound, their listeners are glad they did. For, while these three 20-something sisters from Los Angeles may have blown everyone away with “Forever,” the Sept. 27 release of their debut album, “Days Are Gone,” shows that their single was merely an introductory note to what this band can do. “Days Are Gone” features not only the brilliant “Forever,” but also 10 other praise-worthy songs that affirm Haim deserves all the adoration that was first heaped on them.

Honestly, “Days Are Gone” is inherently one of the stranger albums I have heard in a while; it beautifully sounds both retro and modern. Haim has perfected the balance between the synth-influenced rock music of the late 80s, the soft and beat-driven sounds of 90s R&B, and the tightness and spaciousness of modern studio rock, impeccably combining all those traits to create an unwavering vision of what their band is.

The album features a string of airy-light melodies that highlight the wispy singing of sisters Alana, Este, and Danielle. This is most notable in the title track, “Days Are Gone,” in which the trio sings a near angelic harmony, almost making one forget that this song is not a capella. But, as they maintain their lack of any real genre, their fourth single goes completely against the innocence and playfulness of “Days Are Gone.” “The Wire” is a brutal break-up song that emphasizes a feminist strength of spirit that was last, and most accurately, demonstrated by 80s pop-rock singer Pat Benatar.

This album efficiently blends genres so that one does not immediately notice how dramatically different each song is until one dissects them. The bass-heavy background of “My Song 5” works perfectly with the innocence and upset of the lyrics, hardening the ambiance of a song that would otherwise sound weak. But this is just one example of the production that contributes to Haim’s music. While their songwriting, execution, and performance are triumphs, perhaps the most astounding facet of this album is its production.

Producer Ariel Rechtshaid, who has already left his mark this past year with Vampire Weekend’s perfected “Modern Vampires of the City” record, proved once again that he may currently be the best rock producer with this album. Faced with an extremely ambitious task of both recreating the sound of “Forever” and making it so much more, Rechtshaid deftly accentuates its revived sound throughout the album. This effect created a streamlined feel that seems entirely natural, serving as the musical backdrop for a band that defies categorization.

In a way, by dramatically playing with and fusing genres, Haim essentially creates a new genre of their own, in which they are not bound by a label other than the basic and brutally vague blanket term “Rock.” Much like the chorus of “Go Slow,” which says, “go slow so I can hear everything you’re saying,” their music cannot be fully appreciated with only a cursory listen, and instead demands a focused ear to pick up on all the beautiful subtleties of Haim’s debut album. With attention to detail, the listener will be drawn to this album immediately, and one’s ear will never waver. In fact, Haim’s musicality in “Days Are Gone” is such a triumph and so well done that only one question remains: how can they possibly follow it?