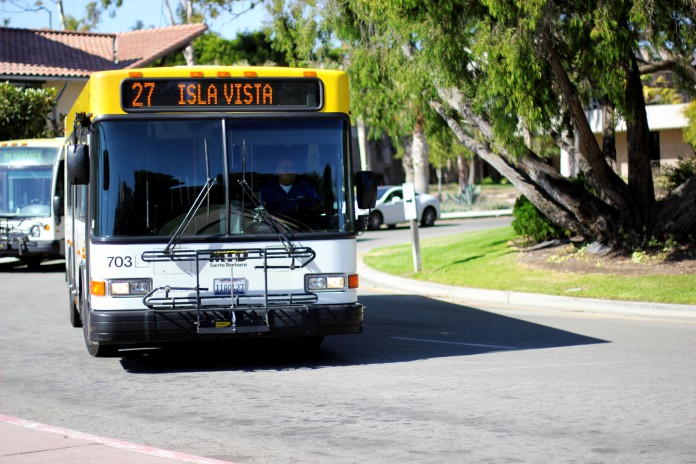 Sherrie Fisher, General Manager of the Santa Barbara Metropolitan Transit District (MTD), expressed her confidence in the conclusion of the controversy, noting that MTD was now eligible for a little less than $5 million in federal operating assistance.

“I’ve been here for 39 years, and it’s always been fine,” Fisher said. “Even during times of sticky situations, we’ve always received funding.”

According to labor watchdog World Socialist Web Site, PEPRA caused a stir in the Federal Department of Labor (DOL) in 2012 — the DOL asserted that the absence of transit worker participation violated collective bargaining rights. In early September, discussions between the two parties reached an impasse. DOL immediately put a suspension on the flow of public transit grants to California transit authorities, jeopardizing not only construction projects and maintenance jobs, but also the scope and frequency of bus routes.

The MTD website indicates that their system covers 52 transit routes across Santa Barbara County and is covered under SB13 — a permanent pension plan covered by the Taft-Hartley Act provided through the Teamsters Union. Many transit authorities across California are retroactively covered under AB1222, however, a temporary provision set only through 2014. The text for both AB1222 and SB13 are publicly available online.

Capitol Weekly reported that the aforementioned revisions were negotiated under the precondition that California would challenge the DOL in court. In the coming year, a judge will decide if PEPRA can be enforced on transit workers without some form of collective bargaining.

Fisher explained the importance of the public transit grants to MTD.

“Without the money it would result in a huge loss of service, and the loss of money from fares would combine it to almost a 30 percent loss,” Fisher said. “We started a conversation with the community at large to make sure we could provide the necessary service.”

This development sparked a firestorm of opposition from students and community members reliant on the functioning, funded transit departments. Town-hall meetings sprung up throughout California, motivating participants to petition Brown and the state government.

“The foremost issue for the Isla Vista residents was losing the transportation service,” Moore said. “The second major issue was that students and community members felt left out; [the decision to pass PEPRA] happened without input and outreach to Isla Vista.”

Fisher confirmed that local activism played an essential role in the reinstatement of federal funding.

“Alex Moore of UCSB did an amazing job of bringing together the community of Isla Vista,” Fisher said. “It was very well done and brought a lot of people to the table to discuss the issue.”

Community organizers and student activists played an essential role in bringing some of the more controversial elements of PEPRA into the social dialogue. Throughout July and August, the MTD held “Transit Talk Meetings” to discuss possible emergency service reductions.

Stepping off the Isla Vista 27 bus, Katherine Pham, a second-year psychology major, spoke about the importance of the transit system in the community.

“I think closing the bus down would be very inconvenient for students because it is very essential,” Pham said. “It plays a crucial role because if you’re not walking or biking, it’s how you get around.”

Moore counted the Isla Vista meeting, held Aug. 29, as a victory for the socially motivated residents of the community. He noted that 95 people were recorded as attending, double from the previous meeting,

“Stakeholders from all over the community were here,” Moore said. “Many were students but there were also 20 non-student residents, Spanish interpreters, and folks from residential services at UCSB. It was a great, diverse turnout.”

The government shutdown caused a hiccup in the acquisition of federal grant money, however. Though MTD has no active role in speeding up the process, they won’t receive funding until normal operations resume at the capital.

For the foreseeable future, the Santa Barbara and Isla Vista bus system is rescued from potential defunding. Celebrations may be few and far between, but students, workers, and drivers have all earned the right to a rousing chorus of “Wheels on the Bus.”