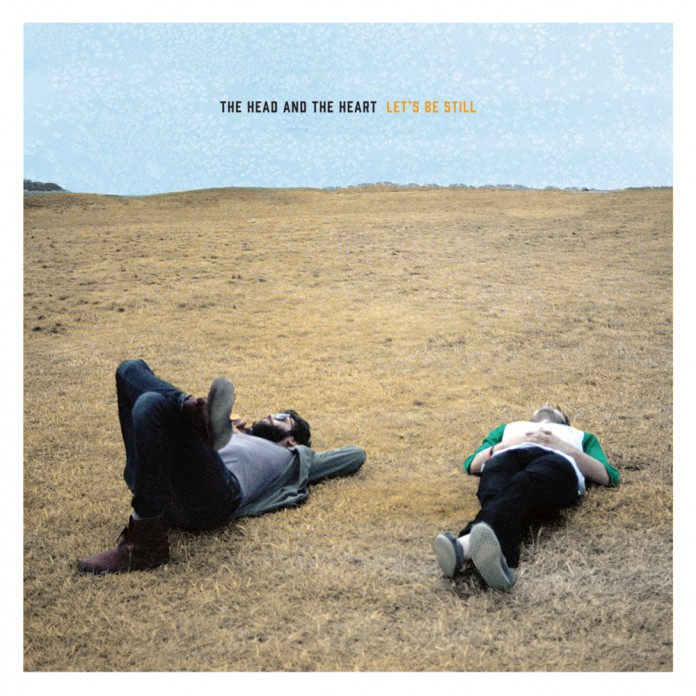 The Head and the Heart, the indie folk darlings from Seattle who made their debut in 2009, are back with a follow-up to their self-titled inaugural album, entitled “Let’s Be Still.” After their independently released debut album garnered much word-of mouth support and Internet buzz, the band was signed to Sub Pop Records and given the full treatment. With four years of touring and recording, the band is ready to show how much they’ve grown. And what a growth it has been.

Fans familiar with the band’s foot-stomping folk tunes like “Lost in My Mind” and more thoughtful, balladic pieces like “Rivers and Roads” should be prepared for a much wider variety of genres and sounds. The Head and the Heart is fully aware of what makes their music unique, and their inclusion of electric guitars and synthesizers to many of the songs in “Let’s Be Still” serves to expand their sound, not change it.

While songs such as “Homecoming Heroes” and “Another Story” will feel right at home for longtime followers, those familiar sounds compose a comparatively small part of this record. “Let’s Be Still” also includes the lively, peppy “Summertime,” the retro and almost Tom Petty-esque title track “Let’s Be Still,” and the joyous, electric-guitar driven “Shake.” There’s quite a dynamic range on display. It almost plays more like a Dr. Dog record, but this is by no means a bad thing. It’s nice that the band isn’t afraid to explore and experiment, especially as they retain the heart and soul of the band.

Overall, this is the album’s greatest strength. Despite all of the changes to the formula, the core characteristics of The Head and the Heart’s music can still be clearly heard. Close listeners will enjoy plenty of callbacks to the beloved debut. The finale “Gone” is reminiscent of “Rivers and Roads,” “Josh McBride” is the stand-in for the quiet acoustic melodies of “The Winter Song,” and “My Friends” captures the boisterous, folky sounds found in tracks like “Ghosts” and “Coeur d’Alene.” The sextet is fully aware of what makes their music unique, and the inclusion of electric guitars and synthesizers in many of these songs serves to expand the sound, not change it.

However, there is one inherent issue with this album, and it is quite an ironic one. “Let’s Be Still” has the unenviable task of being compared to the first record, which many (including myself) consider to be nearly flawless. And in this regard, “Let’s Be Still” falls short. It’s a tad slow and, overall, is somewhat less accomplished. To be fair, sophomore efforts are rarely as good as the original outings. As the adage goes, you have your whole life to write your first album. And while this second album can’t exactly match the meticulously crafted heights of the self-titled debut, it is a damn fine record if judged on its own merits.

All in all, it’s hard to argue against The Head and the Heart’s “Let’s Be Still.” It’s a beautiful album, full of pleasant, soulful music and packed with musical talent. At the end of the day, its only flaw is that it couldn’t be as perfect as their first.