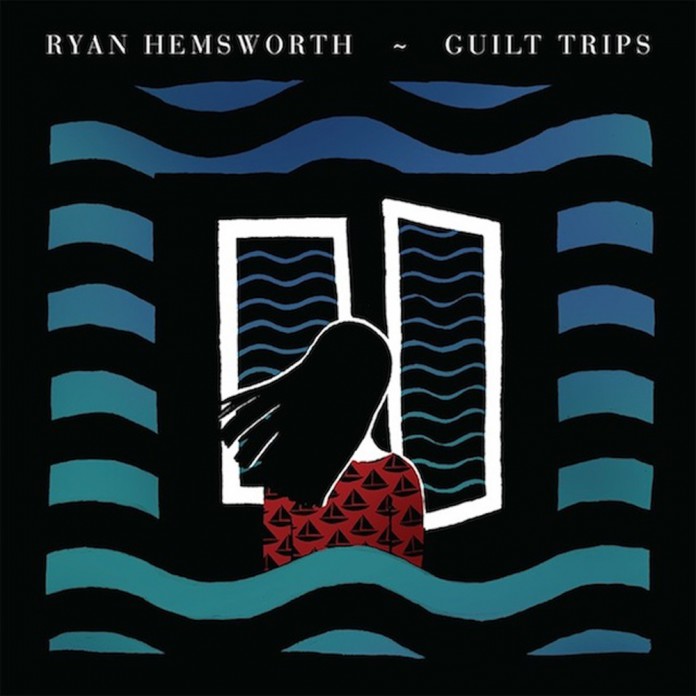 A self-proclaimed “Remix Ryan Gosling” and “Internet Zach Morris,” Ryan Hemsworth has a charming personality that shows in his music and latest album. After numerous high-profile EPs, singles, remixes, and artist collaborations, the ever-prolific producer and disc jockey Ryan Hemsworth released his debut album, “Guilt Trips,” this past week through Last Gang Records. Hemsworth proves his talent as a producer, as he successfully jumps from smaller releases to a full-length album that delivers a number of captivating songs.

Described as “One of the best DJ’s with the worst names in the music industry right now” by fellow DJ/producer extraordinaire Diplo, Hemsworth is a 24-year-old DJ/producer from Halifax, Canada, who experiments with hip-hop and electronic beats. He has provided beats for artists such as Antwon, Main Attrakionz, and 100s, to name a few, and impeccably remixed songs by artists such as Cat Power, Grimes, and Migos. Known for his brand of slick, moody productions and odd but inventive samples, Hemsworth has been lumped into the “sad boys” movement, a movement of music that features emotive productions with ethereal sensibilities.

An album made for a cloudy day or a long night, “Guilt Trips” is full of gloomy songs about love. The album seamlessly blends in and out of different styles with and without guest features, the likes of which all nicely complement Hemworth’s superb production. Half of “Guilt Trips” is instrumentals, while the other half contains vocals. Hinting at the album’s down-tempo personality, the first track, “Small + Lost,” sets the tone of the album with its building dark synth lines, looped background vocals, and silky vocals provided by singer Sinead Harnett.

The second track and single off the album, “Against a Wall,” has experimental singer Lofty 305 declaring his love for a girl, as he states, “I’m your man and we can do whatever baby.” With a simple piano melody throughout the track, the song is a love letter in audio form. On the third track, “Weird Life,” Hemsworth switches up the pace with more dance-friendly instrumentals.

The song “Still Cold” features the futurepop, electronic songwriter and producer Baths, and it is a bitter love song that sounds like it would be off of Baths’ own albums. The track then seamlessly blends into the instrumentals of “Avec Avous,” which is a continuation of the frustrations in the preceding track, as the instrumentals are still manic but pleasurable.

One of the standout tracks, “Ryan Must Be Destroyed” is sure to be a crowd pleaser when played. Reminiscent of trap, this track begs to be played at loud decibels, as it features prominent drums, building synth chords, warped and distorted frequencies, frantic hi-hats, and even the bang of a gong. Another standout, and arguably the strongest song on the album, is the intimate R&B and love lorn “One for Me,” featuring the airy vocals of the  lovely singer Tinashe.

Quintessential of Hemsworth, the closing track “Day/Night/Sleep” features the Internet sensation Kitty and rapper Haleek Maul. Like a sullen lullaby, the two slowly recite their lines over the swirling synths and beats.

If anything, the album’s biggest fault is its length. Clocking in at less than 35 minutes, the album ends far too quickly, leaving more to be desired from it. Containing only 10 songs, the full-length album still has the feel of an EP. Still, the album holds much replay value as new sounds can be gleaned on repeated listens, like the accordion on “Avec Vous” that might be missed on first listen. Supremely enjoyable, “Guilt Trips” is a must listen for fans of hip-hop and/or electronic music ready to venture into the realm of experimental productions.