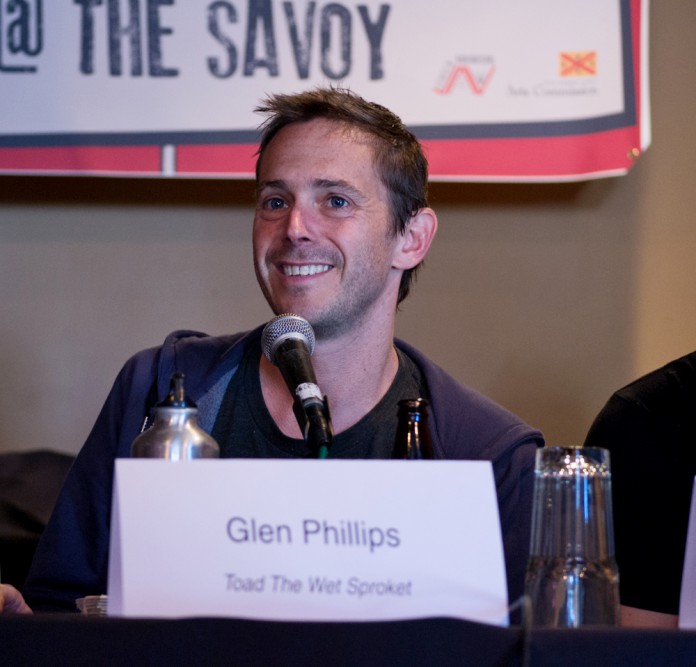 This weekend Santa Barbara was bombarded with a wave of local and up-coming music for all sorts of sound lovers with the 5th annual New Noise Music Conference and Festival. The festival began Wednesday, Oct. 16, and continued through Saturday, Oct. 19. Over 50 bands flooded the city with a flurry of shows all throughout the downtown area, and on Friday, Oct. 18, the Savoy hosted the New Noise Music Conference, where music industry professionals spoke about the industry’s current state of affairs and where it may be heading.

The New Noise Digital Music Conference offered up seven sections from 10:30 a.m. to 5:30 p.m., during which experts from various spectrums of the music industry gave insight, advice, answers, lectures, and workshops regarding the music industry’s current technology, business, and future. The event began with a section titled “Career Opportunities: How to get your music on-screen.” Among the four expertise panel members was music supervisor Budd Carr, who has been putting songs in movies for over 20 years.

“The business is great from the standpoint that the access is great. If you have a great song then people will find it, and people love to discover new songs. Don’t be afraid of all this business stuff in the music industry. If the quality is there, someone will find it,” said Carr

The second section of the conference, titled “Complete Control: How to Effectively Create Your Brand,” included tour director/Artists development, Aubrey Wright; Seb Webber of Redlight Management; Mac Montgomery, Singer/Guitarist of Isla Vista’s own FMLYBND; and Latane Hughes Agent of Windish Agency. It was moderated by Executive of Arts Editor of The Santa Barbara Independent Charles Donelan.

“We are in an amazing time for music” said Webber. “Artists don’t get successful because of breaks. If you’re good then it’s because your music is good. If you’re among the best artists in the world, people like us won’t make a difference in your career. It all comes down to the music.”

Other sections of the conference included Hitsville (US): Turning Your Passion Into a Career, with a focus on songwriting; If Music Could Talk: Marketing Your Brand; Career Opportunities: Mentoring Session; A History of the Santa Barbara Bowl: Inside Rock ‘n’ Rolls’ Favorite Venue; A Conversation with Chuck D (Public Enemy); and, finally, happy hour at the Savoy.

Each section was incredibly insightful and remarkably beneficial for aspiring musicians. The conference covered all spectrums of the industry, from the business side of things all the way down to the art of songwriting. Audience members were able to ask a healthy number of questions only to be rivaled by the scrumptious answers from the panel members.

“It’s been incredible and really inspiring for me as such a young artist. It’s been incredible to be around all of these creative people and it’s great. It really brings the community together,” said Jason Paras, a senior at Dos Pueblos High School and lead singer of the band Highway 35. “The most important thing that I have taken away from this event is that it’s all about the music. That even though a lot of people say or think it’s luck or looks that make it in the industry, in the end it all comes down to the music.”

The New Noise Music Festival and Conference was created five years ago with the hopes of creating a mini South by Southwest Festival. The Co-founder/director of the New Noise Music Conference and Festival, Jeff Theimer, worked in the radio business for 10 years and was inspired with the idea from his time traveling all throughout the country experiencing the greatest music festival and conferences.

“I always had this idea to do a mini South by Southwest in Santa Barbara. Where we have the technology companies in San Francisco and the music industry in LA, Santa Barbara is a great meeting spot. People and executives come here anyways,” said Theimer.

When asked to describe The New Noise Music Festival and Conference, Theimer said, “Attempting to have music take over Santa Barbara for four days. New Noise in a nutshell is trying to partner with other community organizations and trying to get people to come to Santa Barbara. To expand our reach and to expose people to new music and ideas of where music is heading — the future of sound sort of speak. Our motto is sort of listen learn and connect. As we grow, I really want to encourage UCSB students to take a part and advantage of the conference, because we do bring over 50 speakers from all over the country. And if you like music or are interested in where music is headed, then I think it’s a really fun time to experience, hang out, meet new people, and get involved with the community.”