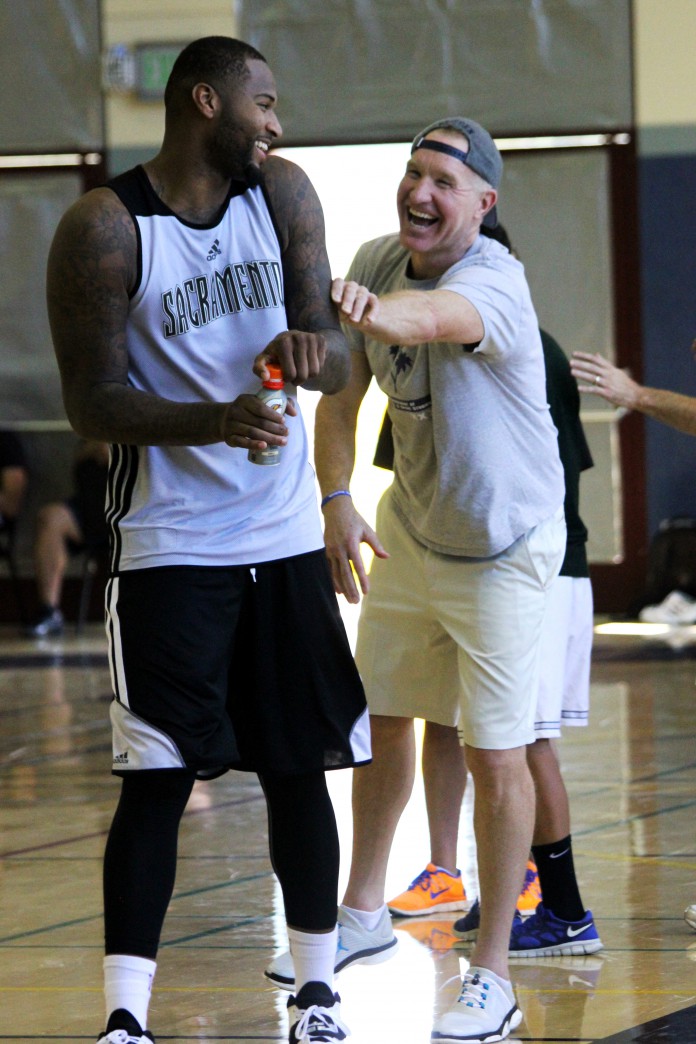 For those who tried to access the Pavilion Gym this past week and were met with yellow barricades, locked doors, and mean-looking security guards, have no fear because those obstacles are now gone. However, those who succeeded in getting in on Thursday, Oct. 4, got to experience an exciting and classy exhibition put on by the NBA’s Sacramento Kings in order to give back to the University of California, Santa Barbara community that hosted them this past week.

With their season opener at the end of the month and their first preseason game on Oct. 7, the Kings chose to hold their training camp at our very own facilities from Oct. 1 through Oct. 6. Throughout the week, the Kings quietly and unassumingly went on about their business, more focused on uniting their revamped roster and coaching staff than on reasserting their celebrity. However, when the opportunity came to demonstrate their gratitude, the team obliged by putting on a memorabilia giveaway and a star- and student-studded 3-point shooting contest culminating in a half-court shot from star power forward Demarcus Cousins and a shower of applause from the roughly 100 student fans in attendance.

“They didn’t have to do this for the students at all. The Kings themselves wanted to come out here and give everyone a show,” said third-year philosophy major and 3-point contestant Garrison Nikolous Enriquez. And what a show it was, as Garrison and another UCSB student competed with former collegiate All-Americans Cousins, Jimmer Fredette, and Ben McLemore, as well as a “mystery student” in the shootout. But it was the shooting prowess of the unknown contestant “Vinny,” who introduced himself as a “16th year senior studying surfboard aerodynamics,” that truly stole the show. The shooting clinic put on by this mysterious marksman (who was actually NBA Hall of Famer Chris Mullin), in which he made 14 of his 15 shots and reaffirmed himself as one of basketball’s all-time great shooters, even overshadowed the more than respectable nine that local favorite Enriquez made.

In the end, Demarcus Cousins won the 3-point contest after making the winning half-court shot on only his second attempt, but it was not so much about the 3-point competition as it was about the act itself. Afterwards, Kings players made themselves available to students for autographs, meetings, and pictures; this is a now-rare phenomenon with the ever-increasing privatization and isolation in the world of professional athletes. However, by giving back, the Kings organization and their players demonstrated real class during this very public demonstration and, I’m sure, made more than a few new fans among the student body along the way. As Garrison Nikolous Enriquez so aptly put it, “it wasn’t for them, it was for us.” The Kings organization’s professionalism and their attention to our school is commendable. They definitely did not need to put on this show, but they did it anyway, and they would be gladly welcomed back here next year.