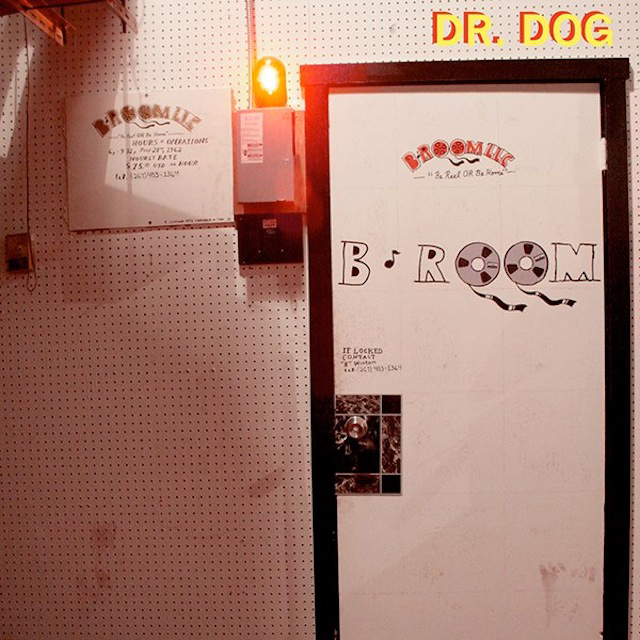 First, let me preface this review by saying that I have been a big fan of Dr. Dog for a few years now, but despite my fandom, I admit that even I don’t sit down and truly listen to Dr. Dog. Don’t get me wrong, Dr. Dog is always a frequent destination on my iPod, but outside of my initial binge (in which I constantly listened to their first three albums and had a listening period for each subsequent album) I rarely actively and wholeheartedly listen to all of their music without distraction.

With that being said, I gave their newest album, “B Room,” an active listen. And, as I do with every new Dr. Dog album, I recommend it. However, that recommendation comes with a warning: if you don’t like this album, you will probably not like much of what Dr. Dog has done in the past. Their music just does not exhibit overarching musical change, as their sound is safe — aurally appealing, but unchanging. However, if you have liked their previous work, you will definitely enjoy their newest.

This band, made up of six buddies, sounds exactly as a band of six buds should: a grown-up garage band unabashedly playing exactly, and only, what they want. With that sensibility, Dr. Dog continues to capture a certain laid-back psychedelic characteristic to their indie folk-rock, which resonates as simple because it is so sincere. The band members truly believe in their music, and this passion shows. For the most part, it also continues to work.

Dr. Dog further embraced their early lo-fi tones and built an entirely new studio within an abandoned silversmith mill for this album. In some tracks, most notably “Phenomenon” and “Too Weak to Ramble,” the reverberation of this album’s recording space transcends its location, as listeners can almost feel as if they are in the recording studio that inspired the album’s name. In these two songs, the raw emotional connection is further enhanced by the definite lack of production. “Phenomenon” is a near-perfect example of a modern folk song, complete with banjo, fiddle, and all the production techniques that one would associate with a Mumford & Sons track. However, Dr. Dog is not satisfied with making a simple folk song. Thus, the tune also features psychedelic theremin and pitch shifting alongside its overall relative humbleness, creating a unique and captivating song.

But as good and different as “Phenomenon” is, the true revelation of the album is the song that follows it. Featuring only an acoustic guitar and the beautiful, confessional wailing of singer Toby Leaman, “Too Weak to Ramble” is a sorrowful light in the dark that one cannot help but hold onto and fix their gaze upon. “Phenomenon” is perhaps the most hauntingly beautiful thing that Dr. Dog has ever created.

These two songs are emotionally and musically raw; unfortunately, the rest of the album is merely a mixed bag. There are some highlights: “Love,” “Broken Heart,” and “Nellie” reflect their 1960s influences of catchy riffs and choruses, which will stay in your head for the rest of the day. But despite the grabbing melodies, Dr. Dog remains a band that is totally content with its sound, something that sometimes serves as a detriment. “Nellie” is a perfect example of this lack of musical urgency. This song has a beautiful first verse and captivating melody; however, the interest stimulated by its introduction is shattered once one realizes the chorus is simply “Oh Nellie” repeated again and again. By reverting to a common exclamation, Dr. Dog demonstrates their desire and content to be merely safe. The song is far from bad, but it, like a good portion of their work, leaves you wishing they could have done just a little bit more.

In the end, that is what one learns to expect from Dr. Dog. They can feature a clever lyric, but their 60s-inspired, indie-psychedelic sound and sensibility is their trademark and style. If you are looking for brilliant, inspirational music lyrically, Dr. Dog is not that. But their music is structurally a lot of fun, as they have consistently created some of the catchiest rhythms I’ve ever heard. Beyond that, their music is not much more. Still, I would recommend “B Room,” despite it being the same old Dr. Dog, for I like that same old Dr. Dog.