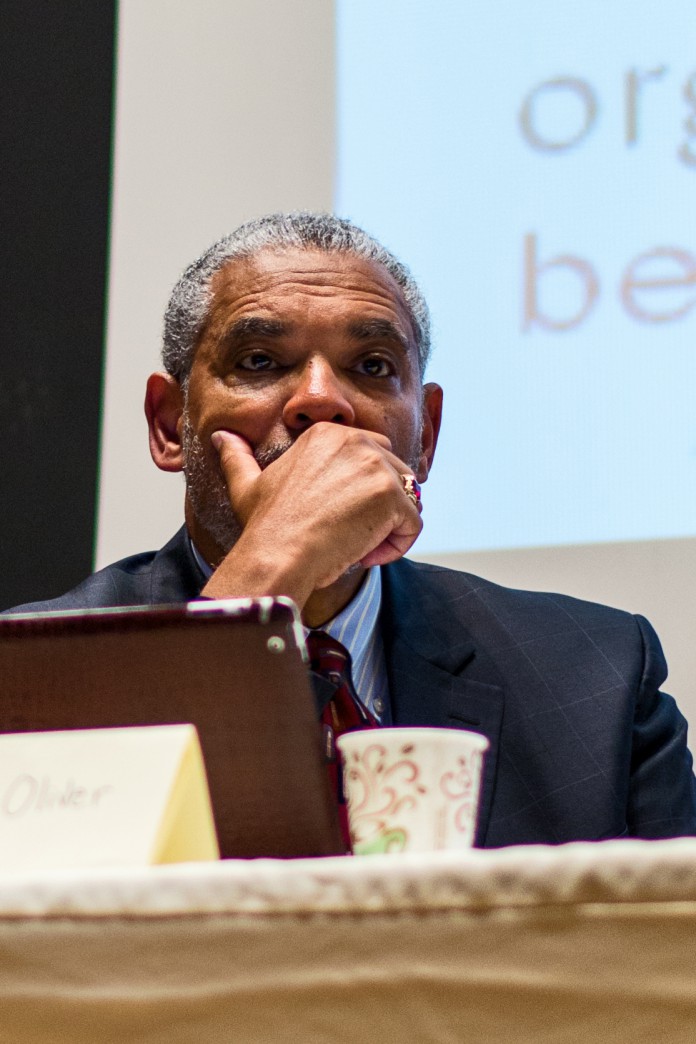 Leaders in the fields of various social sciences gathered for a panel sponsored by the Central Coast Alliance United for A Sustainable Economy in the Multicultural Center on Wednesday, Oct. 2, to discuss social justice and change in politics on campus and in the surrounding area.

Presenters on the panel discussed the importance of coalition building in relation to the model they have constructed in order to change how social movements coincide with politics. The model proposes the idea that social change is enacted most effectively when groups work together rather than as individuals to push a change forward.

This model has been particularly successful on campus with the voting and passage of Proposition 30. Utilizing the model last year, University of California, Santa Barbara students worked together to encourage voter registration, resulting in 12,000 new student voters registered on campus.

In support of the model, Daraka Larimore-Hall, a sociology PhD student, said, “What everyone says to student activists — and what every student activist hates — is, ‘You are the future.’ But we exist now.” Larimore-Hall went on to say that students are currently being affected by policies and decisions and also currently have the power to do something about the issues.

The keynote speaker for the event, Manuel Pastor, the director of University of Southern California’s Program for Environmental and Regional Equity, also discussed the idea that people have the power to turn moments into movements. By making sure as many people as possible are exercising their right to vote, he says, political change is possible.

Maricela Morales, deputy executive director of the CAUSE Action Fund, pointed out that while democracy is what America prides itself on, the dream of democracy is yet to be realized. The executive director of California Calls, Anthony Thigpenn, said that the current main goal of the movement is to change the electorate of California in order to reflect the diversity of its population.

Other groups also used the event to present their ideas regarding social change, taking advantage of the model propelled by networking.

Gina Fischer, Director of Policy and Community Engagement for Planned Parenthood, talked about mobilizing communities to vote for Obamacare. She said that Obamacare is an incredibly important movement for women’s health rights and that educating the public is a giant step toward enacting change.

IDEAS, an organization on campus dedicated to improving equality, discussed getting the TRUST Act approved among other legislative measures to give a greater voice to undocumented students and students from undocumented parents.

Anabel Merino, organizer of the event through CAUSE, stated that reaching out to the community makes a profound difference in voter turnout and that the CAUSE Action Fund works by targeting low propensity voters.

Early in the panel, Pastor made the argument that in order to truly mobilize the masses, the education and outreach needs to start at the community level.