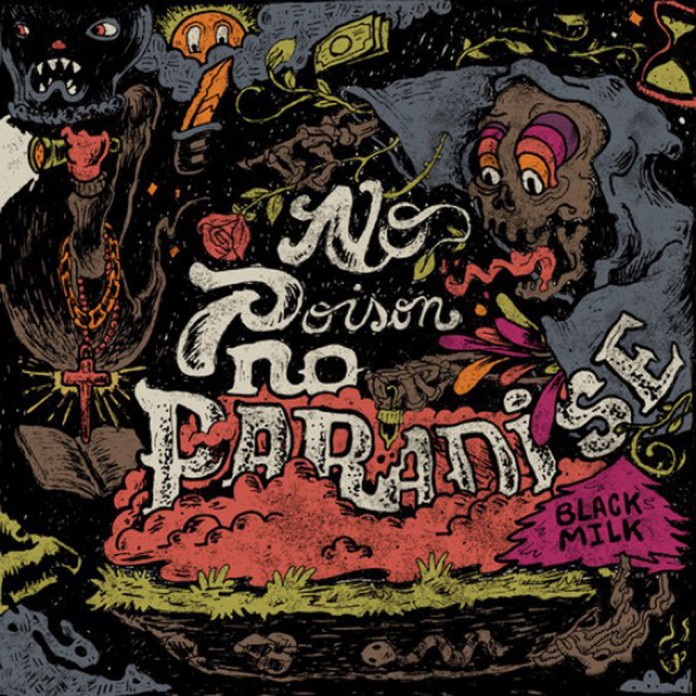 Detroit-native producer and rapper Black Milk (Curtis Cross) experiments conceptually with lyrics and sound on his sixth full-length solo album, “No Poison No Paradise,” an intriguing album that displays his growth as an artist. Notable guests on the album include R&B singer Dwele, The Roots’ emcee Black Thought, and the wonderful jazz pianist Robert Glasper.

Lyrically, Black Milk takes a different approach as he attempts storytelling. Most of the album is about a character named Sonny and the struggles Sonny faces growing up as an inner-city youth. The two-part single “Sunday’s Best / Mondays Worst” best illustrates this concept, as this character talks about the violence that surrounds him, providing insight on how simple it is to fall into and get caught in a thug lifestyle. Although Black Milk has made some improvements with his rhymes, he’s still not the greatest lyrically. There are some great moments and interesting thoughts here and there, but for the most part, his lines aren’t all that memorable.

Musically, Black Milk  implements various musical styles into his sound, and the audiovisuals shine. This eclectic sound pallet can be heard with the jazzy drum break at the end of “Perfected on Puritan Ave,” with the darker and heavy synthesized sounds of “Money Bags (Paradise),” and with the soulful hook on “Sunday’s Best / Monday’s Worst.” These attributes are used throughout the album, almost interchangeably, and it gives the songs a layered effect. Black Milk definitely showcases his talents as a producer, employing all of these styles into one cohesive sound.

The sequencing of the album works nicely, as the stylistically different songs weave in and out of the record, never leaving a dull moment when listening. As a whole, the songs are more mellow and temperamental than what Black Milk is usually known for. These traits give “No Poison No Paradise” a serious tone, making this album a more thoughtful and concentrated effort.

For hip-hop fans, Black Milk’s “No Poison No Paradise” is certainly worth a listen, as his art of storytelling and interesting production provides more substance. Even if one does not pay attention to the lyrics of the songs, this album is a pleasant background music filler, as the production carries the songs along effortlessly and beautifully.