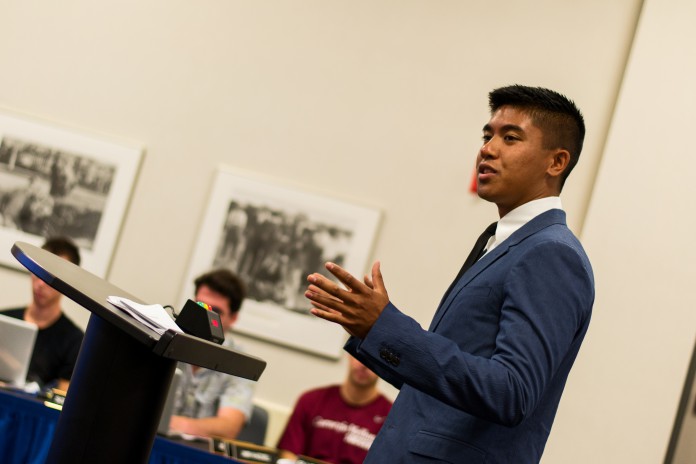 Associated Students Senate had their first meeting of the year on Wednesday, Oct. 2, where they discussed a resolution entitled “A Resolution in Support of Undocumented Students and Immigrant Communities.” The resolution was created in response to the recent appointment of University of California President Janet Napolitano and the influence of her appointment on campus environment and safety.

The resolution discusses Napolitano’s previous work on immigration reform, particularly noting her work on the deportations of multiple undocumented citizens during her time serving as Director of Homeland Security. Additionally, the resolution calls to question Napolitano’s lack of experience in a position of higher education, as well as the lack of transparency in her appointment by the board of UC Regents.

“The way that Napolitano was appointed was in such a way that shut out students,” said third-year political science major Anisha Ahuja, a member of the South Asian Student Association.

Several speakers voiced their opinions during public forum on behalf of the various organizations that co-sponsored the resolution. They focused especially on their concerns with Napolitano’s position as UC President and its effect on the well-being and safety of DREAMers, or undocumented students.

Human Rights Board Events Coordinator and fourth-year student Katlen Abu Ata urged the Senate to consider the importance of “creating a sanction for undocumented students in the university,” remarking how there was not currently a resource like that on campus.

Other speakers noted the Senate’s power in being able to represent such a large collegiate community, and urged them to use this privilege to serve as an ally to the undocumented community and support this resolution.

“This is not just an undocumented-student issue, this is an issue for all of us,” said Linda Gonzalez of IDEAS, an on-campus support group for undocumented students. “My family is undocumented. I have the privilege of citizenship not because I chose it, but because it chose me.”

Student speakers during public forum stressed the importance of passing this resolution, especially in light of recent events such as the vandalism directed at undocumented students that was found at building 406, otherwise known as El Centro, a student-run building on campus that serves as a safe space for student groups such as DREAMers.

While most senators voiced their support for the resolution, there was some uncertainty over the “no-confidence” part of the resolution.

Senators mentioned how UCLA’s Senate had removed the “no-confidence” part of the resolution and unanimously passed it last week.

“I think there are some things that could be improved, but I do support the demands wholeheartedly,” said Associated Students President Jonathan Abboud.

Senate will meet again on Wednesday, Oct. 9, to discuss the tabled resolution.