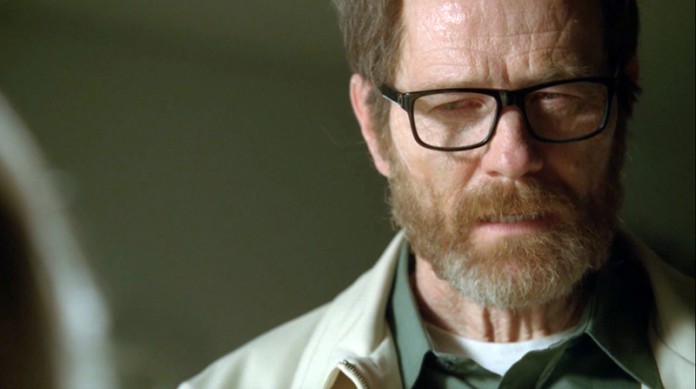 Warning: This article contains spoilers, so if you haven’t watched the “Breaking Bad” series finale yet, follow Dean Norris’ (a.k.a. “Hank”) advice and “take your spoiler like a man.”

They say that all bad things must come to an end, and for “Breaking Bad” and Walter White (Bryan Cranston), they did.

The day fans across the nation anticipated came on the last Sunday of September: the “Breaking Bad” series finale, “Felina.” The show’s creator, writer, and director, Vince Gilligan, did not disappoint.

Throughout the series, Gilligan and his writing team delivered episode after episode of excellent storytelling. Although I’ll miss my Sunday night fixes of the show (as Tuco would say, “it’s tight tight tight!”), I respect Breaking Bad’s producers for ending the show at this point. In television it’s best to quit while you’re ahead rather than drag out a show for too long, to the point that a series loses much of its original spark, as with “How I Met Your Mother” or “The Simpsons.” However, “Breaking Bad” sustained suspense for five years and ended the series at its peak.

A lot of people wanted Walt to die in the finale because of all the horrible deeds he’s done throughout the series — some of which include poisoning a child, watching Jesse Pinkman’s (Aaron Paul) girlfriend choke to death on her own vomit, and blowing half of Gus Fring’s face off. All sins aside, I’m a huge fan of Walt — he’s incredibly intelligent, yet flawed in his hubris, and is one of the most interesting characters I’ve ever seen on television. All parts of the finale’s plot continue to prove exactly how smart Walt is — the way he can manipulate others, his ability to craft plans, and his execution of these plans to a calculated perfection.

“Felina” showcases Walt’s brilliant mind and follows his final master plan. He and the series go out with a bang — quite literally, as he sets off an automatic machine gun to take out the Aryan Brotherhood. Several motifs run throughout the finale, which USA Today highlighted concisely: revenge, redemption, and release. The episode not only uses these motifs for the characters, but for the audience as well. The finale’s plot structures around Walter White’s process of tying loose ends for himself, for the cancer that started his life as a drug lord is back, and he knows he won’t live much longer. As Walt ties his own loose ends, Gilligan does the same for his audience.

In “Felina,” we follow Walt as he takes care of unfinished business: he confronts Gretchen and Elliot, and he figures out a way to give his money to his family; we see him finally use the Ricin, also killing Lydia (who had it coming); he gets his revenge on the Aryan Brotherhood who killed Hank in cold blood and stole millions of dollars from Walt’s stash; and lastly, he says goodbye to his family. One of the most satisfying scenes was when Walt finally admitted — to Skyler, to the audience, and to himself — that despite the many times he claimed he lived his life as Heisenberg for his family, he ultimately did it for himself. As a character who spent most of the series nearing death, he admits that his life of crime was the only thing that made him feel truly alive. As he resolves all these external and internal conflicts, the audience also gets the satisfaction of seeing these resolutions in the story.

In addition to Walt’s resolutions, we also get to see Jesse have his fair ending. My worst fear about this episode was that Jesse would be killed. Not only did Jesse live, but he also got to have his final revenge on both Todd and Walt. I’ve never been as happy to see a character killed on TV as I was to see Todd die. Nobody deserved to die on this show more than his character. I can only imagine Jesse’s thoughts as he choked Todd with the shackles Todd had used to enslave him: “payback, bitch!”. Jesse also gets to finally stand up to Walt, after all the times Walt manipulated him in the past. I also hoped to see some sort of reconciliation between the pair in the finale, seeing as Walt and Jesse’s relationship is arguably one of the most compelling love stories on television. In the end, “Felina” delivered.

The finale closes beautifully with the Badfinger song “Baby Blue,” which encompasses Walter’s love for his craft and the unbeatable, high-quality product that made him a legend. Walter falls to the ground, lying in a pool of his own blood with his arms spread wide, embracing death and the end of his epic legacy with no regrets. Watching Walter accept his end, I too could feel the same sense of closure. Although all bad things must come to an end, I’m honored to have been able to go through this journey with Walt. As always, well played, Vince Gilligan. Very well played.

“Killing Nothing” Giving Nothing: A Boldy James Review