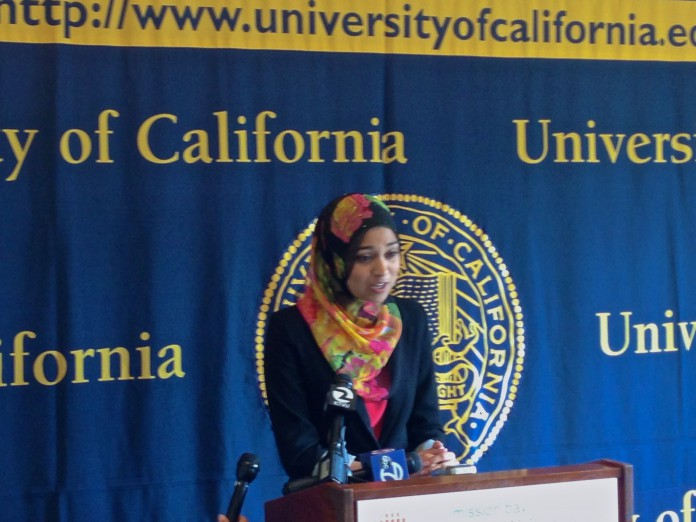 Fourth-year University of California, Berkeley student Sadia Saifuddin officially took her spot at the UC Regents table during the meeting on Wednesday, July 17.

After addressing the public’s concerns with Saifuddin assuming the position, the Regents announced their unanimous vote to favor her nomination as the 2014-15 Student Regent.

As a co-sponsor of UC Berkeley’s bill to divest funds from companies connected to the Israeli military or Israeli settlements in the West Bank, Saifuddin has shown her public support of divestment, and in the wake of a UC divided on the issue, her political position has ignited reasonable controversy within the Jewish UC community.

Despite the rants and raves, the Regents announced their ultimate decision to honor her nomination.

“I think my position on divestment is irrelevant right now…those things have nothing to do with my work as student regent,” said Saifuddin in response to the backlash over her nomination. “Freedom of speech is important, but it’s very counter-productive to have these very backward conversations.”

The Student Regent is a voting member of the Board of Regents. The board established the position of student regent in 1975 to provide a student voice on the board. Saifuddin is one of two undergraduates who have ever held the yearlong position.

Saifuddin is majoring in social welfare and is involved with ASUC Senate and the Muslim Student Association at UC Berkeley. She plans to remain enrolled as a fifth-year undergraduate at UC Berkeley through the 2014-15 academic year.