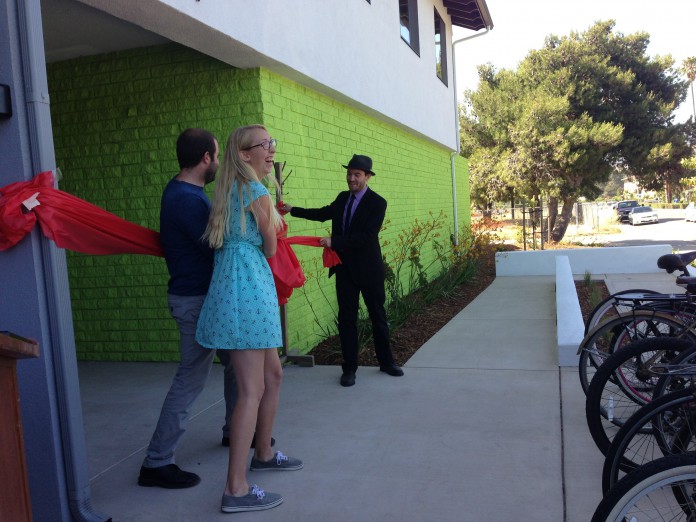 As an initiative that began three years ago, the Merton house had to undergo many stages of development before being able to open. With the involvement of a variety of actors including city officials, contractors, and the University of California, Santa Barbara community housing office, the building of the Merton would not have been possible without the aid of various organizations.

From their establishment in 1976, housing co-ops strive to promote an accepting community. The Merton house received its name from Thomas Merton, a Catholic interfaith activist. It strives to uphold the goals of the University Religious Center, which previously owned the property. Just as Dashain is the vegetarian housing co-op, each house has a specific theme. The Merton house will be the interfaith co-op, with the intention of keeping an open-mind toward all religious backgrounds.

“People join co-ops for two reasons: affordability and community,” he said. He went on to describe the Merton house as providing “added affordability” since Merton differs from the pre-existing co-ops with $20,000 in scholarship money to be shared by the residents. Since residents must qualify as low income, the UCSB Scholarship office has generously awarded this money to help make rent even more affordable.

Caroline Sohn, President of the Co-op Board of Directors and current Biko resident describes Merton as the “chance for a new house culture to be developed.” Sohn will be continuing her residency in the co-ops next year and is excited to be joining the new Merton family. She is looking forward to finding out about the interfaith theme by having  “deliberate conversations.”

Keeping the maximum at 18 residents allows for a space where housemates can develop a close bond while still having enough people to build a community.

Arianna, a first-year global studies major, applied to live at the Merton house because she is “drawn to a community-oriented living situation.”

Most applicants are drawn to the community dynamic, the greater opportunity to afford higher education, as well as the house itself. An open floor plan allows for natural light as well as a garden, including more than a dozen fruit trees from passion fruit to fig.

In the words of Jeff Bessmer, the Merton house is truly the “manifestation of community innovation.”