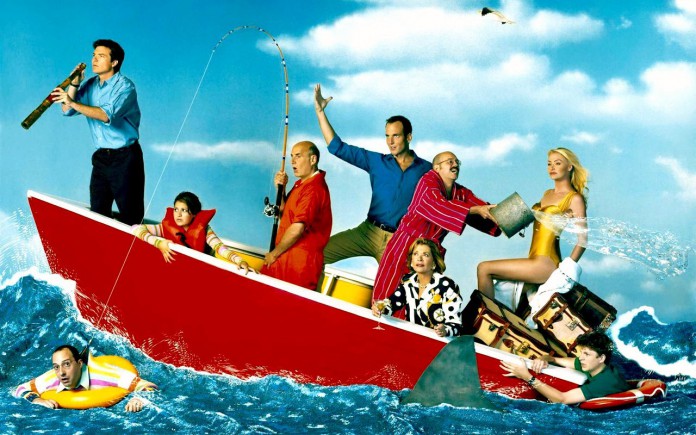 A decade’s passed since Fox premiered the critically-acclaimed sitcom “Arrested Development.” The show was hailed as the gold standard of television comedy, with special praise given to its fast-paced and highly dense dialogue, fantastic performances, and satirical edge. However, horrendous ratings plagued the show despite its sweep of several Emmy Awards in its first year alone. As the years went on, the seasons became shorter, and in 2006, Fox cancelled “Arrested Development” at the conclusion of its third season.

Normally, that’s when producers wipe off their hands and call it a day in regard to a TV show. However, the show’s strong cult following continued to blossom, and fans held out hope that the story of Michael Bluth and his dysfunctional family was not over for good. Netflix finally answered their prayers in 2011, when it announced that an exclusive, 15-episode season was to be released in 2013, which would lead up to a feature-length movie. On May 26, the floodgates finally opened and “Arrested Development” returned.

For the uninitiated, “Arrested Development” is the story of Michael Bluth and his family, who owns the notorious Bluth Company, a real estate developer headquartered in Orange County, Calif. The main characters include Michael, his sister Lindsay, Lindsay’s husband Tobias and her daughter Maeby, Michael’s brothers G.O.B. and Buster, their parents Lucille and George Sr., and his son George Michael. The story follows the family after the SEC throws George Sr. in prison as Michael attempts to keep the selfish, lazy, and confrontational bunch together. At the heart of the show are the characters’ interpersonal relationships, such as Buster’s creepy obsession with his mother and George Michael’s unfortunate crush on his cousin Maeby.

The fourth season picks up five years later, with each member of the family falling on hard times. Lucille lands in prison for fleeing the SEC, Buster is left alone, George Sr. is upside down on worthless land on the Mexican border, Tobias and Lindsay are having marital issues again, G.O.B.’s career as a magician is at an all-time low, Maeby is feeling unfulfilled after flunking high school, and George Michael has to deal with college life while a homeless Michael crashes in his dorm.

What results is a complex, interwoven tale that follows all nine characters’ stories since the last time audiences saw them. Each episode centers on a specific character and their point of view as their actions weave in and out of the others’. Critics have often applauded writer Mitchell Hurwitz for his work on the show, and the manner in which he connects the dozens of plot threads together is certainly praiseworthy. The non-linear structure also supports the show’s signature sight gags and running jokes, as some setups go unmentioned or unresolved for multiple episodes until the punch line is finally revealed. These elaborate jokes are what “Arrested Development” does best, and it’s good to see them still being utilized.

While the humor and characters haven’t changed much, this new season isn’t perfect. The first episodes are somewhat laborious, with exposition coming fast and making for some confusing moments as the perspective jumps back and forth through the chronology. The pace has also been lost somewhat, with everything from the situations to the narration slowed down. In general, the exposition takes center stage and the jokes take a supporting role, which is a shift from the usual workings of the show.

Where the new season really shines, though, is in the way in which it brings back almost every beloved running joke and minor character, but still manages to add some memorable faces. Newcomers like Rebel Alley (Isla Fisher), Herbert Love (Terry Crews), and young versions of Lucille (Kristen Wiig) and George Sr. (Seth Rogen) join fan favorites such as Lucille Austero, Tony Wonder, and Anne Veal. Many of the famous gags return as well; it just wouldn’t be “Arrested Development” without Tobias claiming that he “just blue himself” after covering himself in blue paint.

For dedicated fans, it has been a long wait, but it’s hard to imagine anyone being disappointed by this long, overdue new season. While it starts out slow and definitely drags at points, “Arrested Development” returns with the heart of the show intact, bringing with it a complex and interesting story that fans will absolutely eat up. To those who have never experienced the show before, there’s never been a better time to hop on Netflix and get caught up. To the already initiated members of the cult, enjoy. There’s nothing left to do now but scour for all the jokes you’ve certainly missed and wait for that movie.