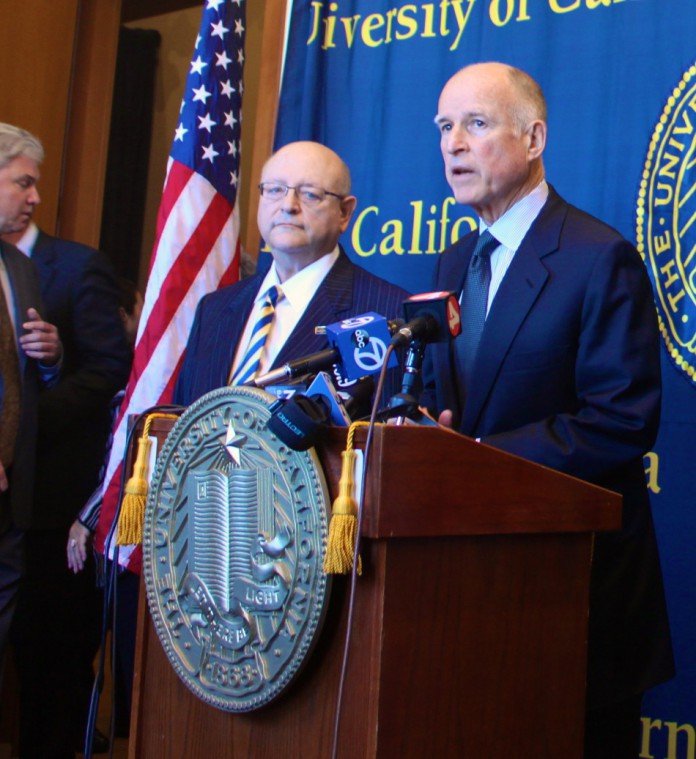 Gov. Jerry Brown has launched a last-ditch campaign to renovate California’s environmentally forward Proposition 65. With just a few weeks left before the end of this year’s legislative session, Brown issued a press release earlier this month saying he would work to end hundreds of “frivolous lawsuits” stemming from the law.

“Proposition 65 is a good law that’s helped many people, but it’s being abused by unscrupulous lawyers,” Brown said in the press release. “This is an effort to improve the law so it can do what it was intended to do—protect Californians from harmful chemicals.”

Approved by California voters in 1986, the “Safe Drinking Water and Toxic Enforcement Act” (more commonly known as Proposition 65) is designed to protect consumers from contamination to water supplies other environmental resources. But Brown isn’t the only one concerned with the law’s loose definition and its effect on businesses.

Kate Stone, president of the Civil Justice Association of California, says that Proposition 65 has been distorted by defense lawyers in recent years to trap businesses into “gotcha lawsuits.”

“Some of these lawyers go around with detectors that can pick up some of these chemicals and walk through stores waiting for anything to come up,” Stone said.

The bill most famously forces businesses to post signs warning of potentially harmful chemicals in order to discourage their use and proliferation in business establishments across the state. The signage is required for businesses whose products pose a potential risk of causing cancer, harm to reproductive systems, and other health risks.

But Stone says it can be almost impossible for some businesses, especially small or family-owned stores, to keep track of the nearly 800 chemicals currently listed under Proposition 65.

“If they find anything, and the store doesn’t have a sign, that’s a lawsuit that a lot of businesses can’t afford,” she said.

Brown has a few options should he choose to tinker with the law through regulation. In his press release, the governor proposed to meet with the California Environmental Protection Agency, but made no mention of the state Attorney General’s office, which plays an integral role in Proposition 65 cases.

“Prop. 65 kind of turns the legal system on its head,” said Lana Beckett, publisher of prop65clearinghouse.com, an organization devoted to tracking changes in the state law.

In order for private citizens to bring lawsuits against businesses in violation Proposition 65, they must clear a gauntlet of unusual legal procedures. If a plaintiff believes a business is in violation of the law, he or she must send a 60-day notice to the business notifying them of their intent to sue over the presence of dangerous chemicals. But first, the plaintiff must submit evidence to the Attorney General for inspection. If the Attorney General’s office approves the plaintiff’s case for court, they may effectively endorse the plaintiff’s position outside of the courtroom.

“There’s very little regulation, and the law is mostly driven by lawsuits, so business have a hard time looking up how to comply.”

One bill aimed at reforming the scope of lawsuits brought under Prop. 65. has already passed the House in Sacramento. State Rep. Mike Gatto introduced AB 227 in February. The proposed legislation would grant businesses a 14-day grace period to correct the presence of illegal chemicals upon receiving a 60-day notice, and would prevent any suit from proceeding to court if the Attorney General’s office deems the problem fixed.

Even with these fixes, the scope of Gatto’s bill still only encompasses areas such as food and alcohol consumption and vehicle exhaust. Brown plans to push forth with his reforms, whether or not the watered down version of Gatto’s bill survives the Senate and goes on to the governor’s desk.