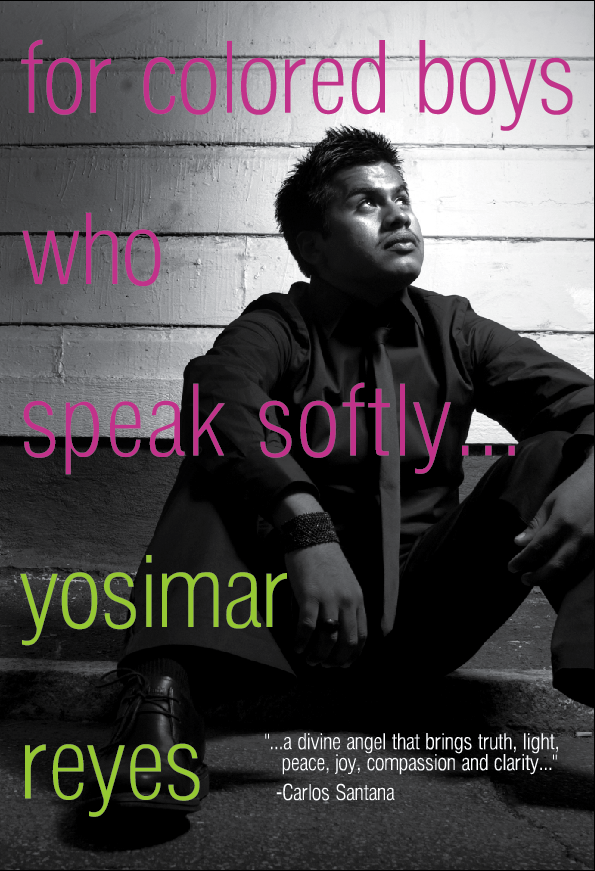 The man at the mic began his performance with a proposition for the small crowd that gathered at Crushcakes in Isla Vista on May 2.

“I’m from the Bay, so we gotta get crunk,” said Yosimar Reyes, a nationally acclaimed spoken word poet who stopped by IV for an evening of thoughtful and educational spoken word poetry focusing on the issues queer immigrant youth face, along with other topics.

In a room full of people laughing at his jokes, Reyes gave a lighthearted touch to subjects such as love, race, immigration, heartbreak, and identity. Reyes managed to make these topics fun and unintimidating by happily joking about them amidst his spoken word presentations, inviting everyone to think and relax at the same time.

“I’m a little queer; I’m a little immigrant. Right now, those are very hot topics,” he said, both teasing and criticizing political dialogue about the hot-button issues. His humor served as a sincere outlet for his ideas about justice. His lightheartedness, however, did not detract from the reality and urgency of the issues he writes about.

“I write from chaos,” he said of the experiences that inspire him, noting that the status of immigrants in the United States especially inspired his poetry.

“They always ask the same person, a white person,” he said of today’s dominant media figures. “They never ask me.”

Even in these more earnest moments, Reyes was overtly positive. In spite of the discrimination immigrants face, he said, “We always manage to shine, and I think that’s really amazing.”

In addition to identity and politics, Reyes tackled the topic of love with the same combination of humor and relatable observations. He focused particularly on love as experienced by a queer man of color, but his romantic experiences seemed to be relatable to many people in the room. Introducing a poem about a former flame, he said, “This one goes out to all our friends who are no longer our friends on Facebook.”

Reyes’s poetry was everything spoken word poetry is known for. It was lyrical, confessional, anti-establishment, and, of course, performed in a small café. In addition, with the spoken word platform, he was able to candidly discuss his identity. When describing what it means for a person to be queer, he said, “You know they’re queer because there’s a little more umph in their spirit.” He said being queer is in everything he does, which was certainly evident in his forthright, confident performance.

Following Reyes’s performance, other poets were invited to read their work. Though most of them fell short as comedians compared to Reyes, all of them contributed fluid and reflective poems covering a range of issues. Like Reyes, many of the poets focused on social and political topics in the honest and emotional fashion only spoken word poets can accomplish. Identity was the overriding theme of the evening, but other topics such as illness, loss, romance, and killing a spider while writing in a journal were also covered. Angel Martinez, Reyes’s friend and fellow poet, performed a poem about Jason Collins, the first male NBA player to come out.

Though the poets tackled some serious subjects, the evening was overwhelmingly fun. When the poets were silent, a DJ played music while people talked and sipped on coffee. A more pleasant evening of spoken word could not be found in all of Santa Barbara that Thursday.