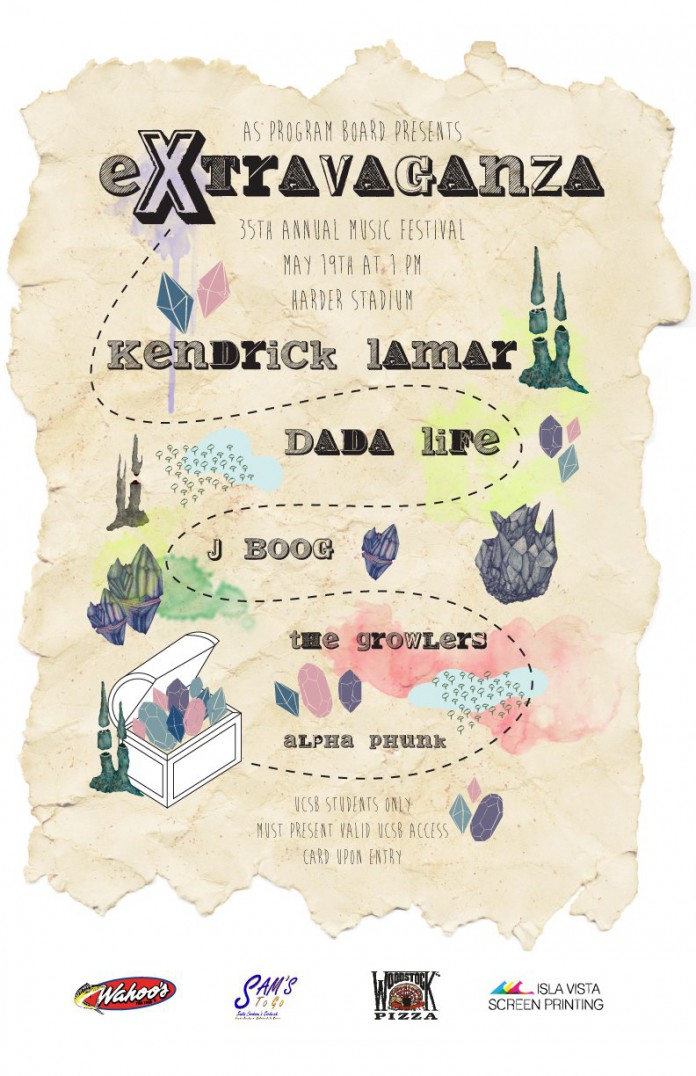 At midnight on May 9, University of California, Santa Barbara’s Associated Students Program Board released the lineup for one of the most anticipated events of the year: Extravaganza. A well-crafted youtube video announced this year’s performers. Artists Kendrick Lamar, Dada Life, J Boog, The Growlers, and Alpha Phunk will hit the stage Sunday, May 19, at Harder Stadium. Overall, students met the lineup with mixed reviews.

Photo courtesy of AS Programs Board

Living Mixed-Race in America From the Perspective of UCSB Students

A Warm Hand on a WETT Opening: 2014 Vagina Monologues and...