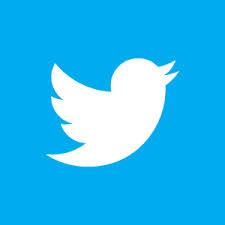 A fake tweet from the Associated Press Twitter feed about an alleged terrorist attack on the White House caused a stir in the nation’s financial market last Tuesday. According to the Washington Post, AP and the Federal Bureau of Investigations looked into the hacking incident with the cooperation of Twitter. The Syrian Electronic Army, a rogue cyber-warfare organization, later claimed responsibility for the incident.

The original posting on the AP twitter account reported a terrorist attack on the White House in which two explosions were heard, adding that President Barack Obama had been injured. The tweet had sparked a swift chain of reactions. White House Press Secretary Jay Carney immediately called in a press conference, assuring the public that “the President is fine, I was just with him.” The Associated Press immediately took to other means, such as the company’s corporate website and other social media outlets, in order to announce that its Twitter account had been hacked. Nevertheless, The Dow-Jones industrial average had fallen more than 100 points in the two minutes following the tweet. According to RT America, this lost of point translated into an erasure of almost $200 billion from the stock exchange markets.

“The event was so quick, that it was done before humans could even process it,” said Joseph Saluzzi, head of equity-trading firm Themis, to the Washington Post.

The Syrian Electronic Army released a statement in which it illustrated its cause for the attack: “The Obama tweet was an expression of our outrage with US media. The tweet was a bolt from the blue for the White House. We completely achieved our objectives—the shares of US media fell temporarily,” a source told RT News Arabic.

This incident follows other occasions where fake Tweets had sparked an industrial turmoil. Last summer, the Twitter accounts of automaker Jeep was hacked. The anonymous hackers had defaced the account, posting photos of competitors’ cars, changing the company’s motto to “JEEP—Just Empty Every Pocket,” and announcing that the company had been bought out by competitor Cadillac. A day earlier, Fast food chain Burger King’s Twitter account had undergone the same cyber-attack, the sources of which remain anonymous.