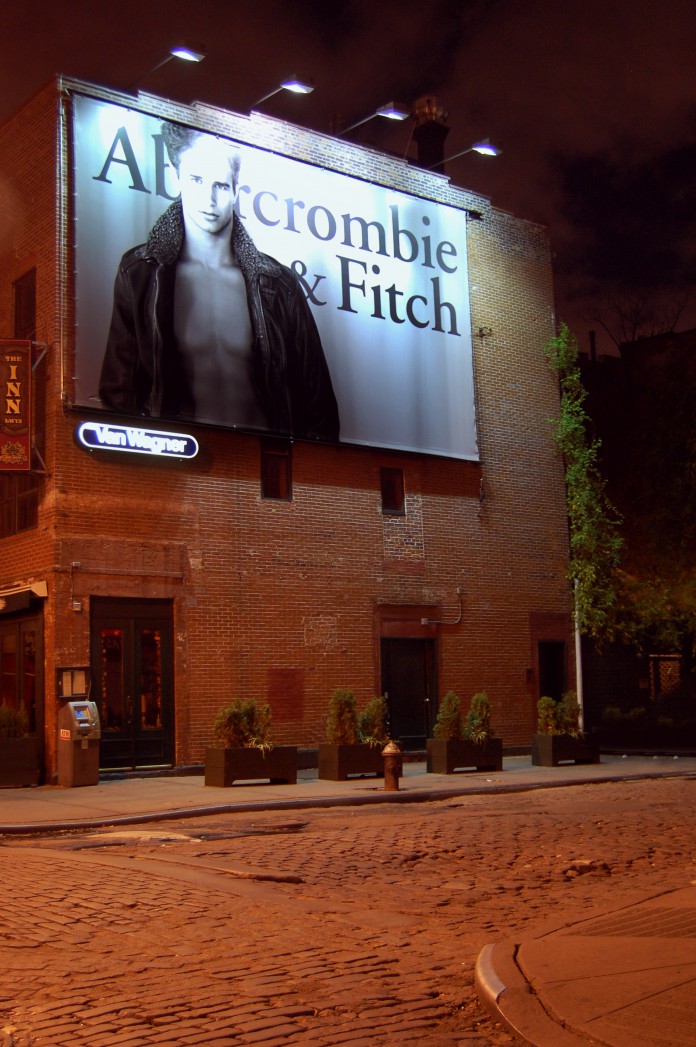 Perfection at its finest. Materialism is a must. Glamorous, sexy, and cool. Reserved exclusively for sizes XXS and zero. That’s Hollywood for you. And Abercrombie and Fitch is following their footsteps.

You can smell an Abercrombie and Fitch store a mile away. But only those so-called cool, good-looking kids are going to be baited by that saccharine emanation that clouds our noses with fakeness.

Hollywood takes everything that makes us human—our flaws and imperfections—and glosses over them with pounds of makeup and high-end fashionista finds to create a perfect materialistic image of what we as humans should desire to look like. It’s an image, not a reality. And desire, we do.

Targeting our vulnerabilities is not a novel concept in this money-hungry economy and it is what Mark Jeffries does phenomenally as the CEO of youth fashion retailer Abercrombie and Fitch.

In an interview with Salon magazine held seven years ago, which has only recently gone viral, Jeffries had some controversial comments, that resulted in an utmost uproar, on whom he ideally envisions as wearing his clothing.

“We want to market to cool, good-looking people. We don’t market to anyone other than that…We go after the attractive all-American kid with a great attitude and a lot of friends.”

Hitler tried to create a utopia inhabited by only pure, beautiful creatures, to rid the world of imperfections, and he failed. He was also a sociopath. Jeffries is attempting to get away with a modern-day version of Hitler’s ridiculous ideology that spurred racism and the death of millions. It may not be as conspicuous or as literal as the Holocaust, but in a sense, the same messages are being dispersed to society: that only worthy people can tread these waters.

But can we blame Jeffries for being money-hungry, for following in the footsteps of Hollywood and, and every other greed-driven company, for wishing he was good-looking, and for desiring to be the cool kid he never was before?

We can blame Jeffries for imprudently and blatantly releasing his plethora of disturbing words to the world, for marginalizing youth who are curvy, who don’t have expendable cash, who aren’t a size zero, who aren’t what is deemed “attractive,” who don’t have perfect fresh-from-the-beach hair, and who don’t have “sexy” bodies.

We cannot, however, blame Jeffries for being a smart marketer and targeting the customer’s aspirations because consumers truly look up to Hollywood images and try to become that unattainable image. Jeffries’ marketing campaign was cleverly designed to provoke customers who sought to be cool and good-looking to purchase his merchandise.

While other companies halt any mention of their goals, they all strive for the same perfect image that they hope their consumer epitomize—which is all too often composed of airbrushed anorexic models. However, these companies will provide merchandise ranging in the XXL’s for both men and women most likely for profitable purposes.

According to youtube video “Abercrombie and Fitch Gets a Readjustment,” Abercrombie says they would rather burn their damaged clothing than donate them to the poor and homeless. That’s pretty heartless.