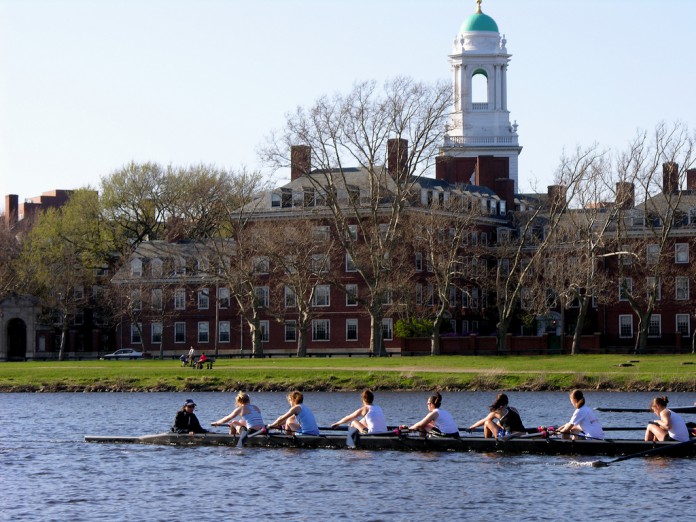 With spring quarter in full effect, many students are looking forward to the many events happening on and around the University of California, Santa Barbara campus, such as Extravaganza and the Rock the Vote concert awarded to UCSB for being the university with the most registered voters in the country.

Students are still awaiting to hear who will be performing at these events, but no matter who it is, the idea is for everyone to have a good time. Harvard University students, however, would disagree.

A group of Harvard students have started an online petition to remove the headliner, Tyga, from their Yardfest spring concert. The reason is that the Change.org  petition claims that “Tyga is notorious for his explicitly and violently misogynistic lyrics” and that “Harvard should not provide a platform for music that promotes sexism and rape culture.”

As of April 10, the online petition had received just over 2,000 signatures. However, that was not enough to keep the “Make it Nasty” MC out of Harvard. The College Events Board and the Harvard College Concert Commission decided to keep the rapper’s performance as planned, but will instead move his performance time back.

“We hope this change will allow all students to feel they can take part in the communal aspect of the event, hang out with friends, enjoy some food, and watch our amazing student openers (Puttanesca and The Cantab Cowboys) perform before dinner concludes,” The CEB and HCC told The Harvard Crimson newspaper.

Tyga spoke about the issue on the radio station Power FM based out of Los Angeles.

“I guess there’s a group on campus that is protesting to not have me perform because of my lyrics. They say I promote racism and rape culture,” Tyga said. “This is just a group, it’s not the whole student union. So there’s always going to be wars.”

Petition organizer Lead Reis-Dennis, unhappy with the Tyga decision, has decided to organize a concert in the Eliot House area of campus, in which she has gotten an unnamed performer to headline at the same time as the Tyga concert.

“The performer that we’re inviting is a great representative of hip hop and is a great artist that we’re excited to introduce to the Harvard community as a whole,” Reis-Dennis told The Harvard Crimson.

She hopes that once dinner is over, students will leave Yardfest and head to Elliot House for her concert, skipping the Tyga concert all together.

Not all students were in favor of the petition. Sam Thompson, a first-year psychology student at Harvard, happens to love Tyga and the YMCMB crew.

“[When I heard about the petition], I was mind-blown. I couldn’t believe we got Tyga in our own backyard and people wanted to oust him,” Thompson said.

Diana Li, a third-year Harvard social studies major, opposed the petition as well, but saw where the students were coming from.

“Whether this is the right avenue of raising those issues can be debated, but I think talking about rape culture is necessary,”  said Li.

As far as our own Rock the Vote Concert goes, External Vice President for Statewide Affairs Nadim Houssain said that the concert is still in the works. “Rock the vote has agreed to cover the cost of the artist, but we have not decided who yet.”