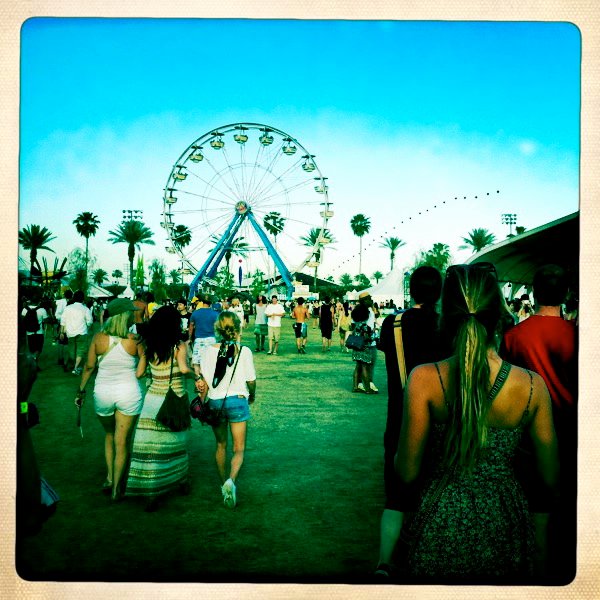 As I walked through my front door the Monday after Coachella, I seriously considered whether I would ever have the energy to move again. I had just experienced four days without sleep, adequate food or water, or proper bathrooms. I hadn’t even been indoors at all that weekend. It’s a full week later and I still haven’t fully recovered.

It was one of the best weekends of my life.

Ever since its inaugural year in 1999, the Coachella Valley Music and Arts Festival has been one of the most high profile and talked-about events in California. However, it is only one in a slew of music festivals that occur nationwide every year, such as Texas’ South by Southwest, Electric Daisy Carnival/EDC (now based in Las Vegas), Chicago’s Lollapalooza, Electric Zoo in New York, and Outside Lands in San Francisco. Millions attend these festivals yearly, and going to one can provide a conversation piece and bragging point for months to come.

It may seem obvious to some, but to others, it can be difficult to see just what the appeal of these weekend-long endurance marathons is. After all, it’s just a really long concert, right? Looking objectively, these festivals can appear to be just big groups of tired people sitting around on drugs all day, roasting in the hot sun of whatever location they happen to be at. What has made going to one of these events essentially a rite of passage in this day and age?

I think looking back at everyone’s favorite cultural period of the United States, the ’60s and ’70s, can shed some light on this topic. When looking back on the counterculture movement, is there anything more connected to the zeitgeist of that time than the music? The Beatles, The Grateful Dead, Jimi Hendrix; these were the mascots of that era. Woodstock, arguably the most famous music festival of all time, is the emblematic event of the counterculture movement, and it has become this momentous, legendary occasion in the cultural history of the United States. It was the ultimate gathering, a time of free love, free drugs, and free music—basically everything a young, rebellious soul could want.

Fast-forward to 2013, and sometimes it can seem like we are living in a pretty loveless time. It could just be my own interpretation, but the world has felt rather on-edge lately. As these high-stress, cynical times continue, events like Coachella or South by Southwest become more than a place to go get baked and sit around ogling the opposite sex with live music in the background. To me, at least, it seems like a major reason that so many people make it out to these festivals every year is that they want to be a part of something. There’s camaraderie—a kinship that goes along with attending a festival. I didn’t meet a single person at Coachella who wasn’t unbelievably polite and friendly. It was easy to turn to a random person while in one of the immense crowds and immediately strike up a conversation. There was an unspoken bond between all 150,000 of us. We were all just there, together.

Some go only for the drugs. Some people only go for the beautiful people. Some go just so they can see their favorite bands. However, I feel like these are just small aspects of the grand experience. I think it doesn’t really matter what the lineup is, or if people have sufficient weed money; festivals like Coachella will be filled year after year who just want to participate in these legendary gatherings. Nowadays, kids can ask their grandparents in disbelief, “Wait, you were actually at Woodstock?” At least for me, I hope one day my kid can ask me, wonder in his eyes, “Wait, you were actually at Coachella?”