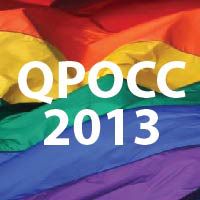 Themed “To Exist is to Resist: Empowering our Roots through Activism, Community, and Intersectionality,” the Queer People of Color Conference (QPOCC) held at California State University Fullerton last Saturday, April 6, closed with a rousing message of personal resistance for University of California, Santa Barbara’s 20-strong delegation. The group consisted of QPOC students as well as their allies, alongside representatives from other campuses in California such as UC Los Angeles, Cal State Northridge, UC Santa Cruz, and UC Riverside.

In its eighth year running, the QPOCC is an annual conference that provides queer communities of color with tools, safe spaces, and dialogue in a bid to empower them via proactive engagement and critical analysis. The format for this year has been condensed from a three-day weekend conference into a one-day conference. It started off with an opening address by keynote speaker Raja Bhattar, director of the UCLA LGBT Resource Center, followed by a choice of three smaller workshop sessions focusing on specific issues revolving around gender, sexuality, culture, and activism.

Some of these workshops included “Who’s Got the Power? Interracial Dating for LGBT People of Color,” “reclaiming #selfcare,” as well as “Astaghfirullah: Pinkwashing and Homonationalism in a Post-9/11 World,” which examines the parallels between the Palestinian struggle and the struggles that queer communities of color face, offering inspiration for resistance.

UCSB alumni Lucas John Villa, who had first attended the QPOCC in 2010 at San Diego State University and graduated with a communication degree from UCSB last year, gained a different perspective from the conference as a workshop presenter. Entitled “Be ‘Zine’ and Heard: A DIY Approach to Media Visibility,” his session revolved around the medium of the zine as a form of activism through the insertion of underrepresented voices into the public consciousness, drawing upon its long history of underground activism beginning with the punk rock scene in the seventies.

“One of the workshops that really stuck with me when I first attended QPOCC was a zine-making workshop,” Villa said. “Ever since then I have been contributing to zines and wanted to bring that knowledge of the zine to this year’s QPOCC attendees, which will enable them to have a chance to express their multi-faceted intersectional lives on a page through cut-and-paste clippings, poetry, messages, or drawings.”

“Since the intersection of being queer and of color is so specific, conferences like QPOCC are crucial for the well-being of and for the community,” said UCSB QPOCC delegation leader Jennifer Wang. Since UCSB is a predominantly white school, non-mainstream queer activism revolving around racial issues is extremely important. The UCSB delegation really benefits from the opportunity to learn, discuss and develop networks and support systems with other QPOC at other universities.”

Fellow delegation leader Peterson Pham added that the theme of this year’s conference resonated with him personally.

“To have UCSB delegation’s presence at this year’s conference goes back to this idea of utilizing life and being alive as an act of resistance against the intersectional oppressions of the homophobic, racist, sexist, sizist, ableist world that queer people of color ‘were never meant to survive’ in,” Pham said.

The conference then closed with caucus sessions that allowed attendees to regroup into culturally specific groups and for QPOC allies to reflect on their roles, providing them with a safe space for dialogue and evaluation, followed by a drag performance put on by CSU Fullerton’s Queer-Straight Alliance as the night’s entertainment.

The QPOCC Conference for 2014 will be held in UC San Diego.