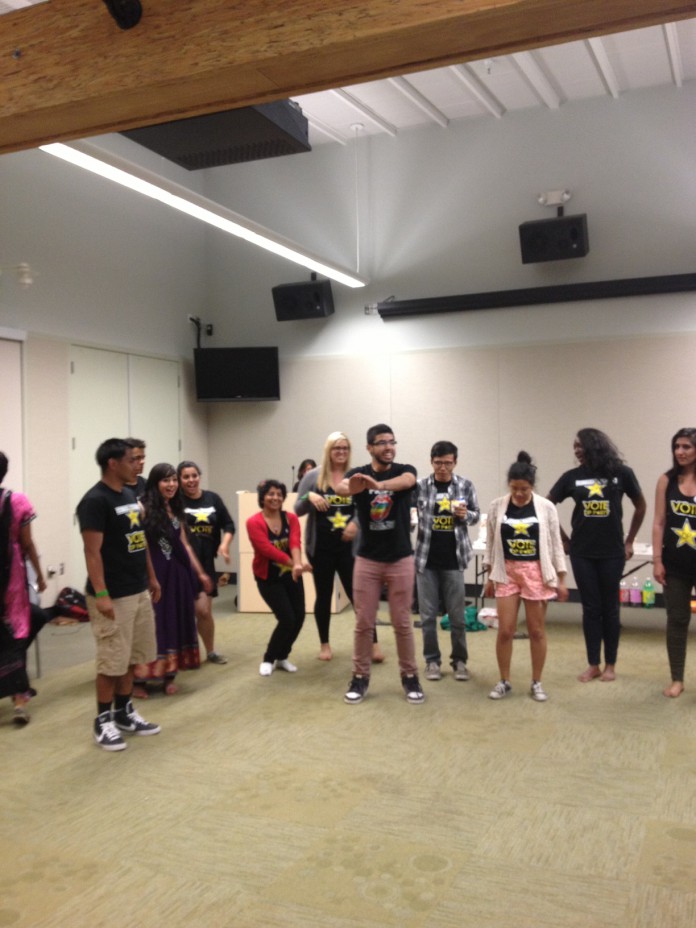 On Thursday, April 18, students from a variety of different campus organizations and communities gathered in the Loma Pelona Center to celebrate A.S. Student Commission on Racial Equality’s second Multicultural Mixer. With over 100 attendees, the event allowed the different communities to come together and build solidarity to create networks for future collaborations.

“SCORE is trying to institute quarterly mixers for cultural orgs on this campus and provide a space for them to network, collaborate, and really bridge the gap between communities of color on this campus. As of right now, I feel like a lot of the orgs are very distanced from each other and they don’t get to come together in spaces like these,” stated Navkiran Kaur, co-chair of SCORE and a second-year global studies major. “I think these spaces are really important for students of color and underrepresented and marginalized communities on campus because it is a way for groups to come together and feel empowered by sharing their experiences and struggles.”

The mixer, which was also a potluck, started off with attendees enjoying the variety of cultural foods brought in by different cultural organizations while socializing and participating in various icebreakers. This was followed by an open-microphone session, during which students sang songs, read poetry, played instruments, and shared stories. To finish the night, students taught one another different cultural dances, including an Arab folk dance called dabke, belly dancing, and dances from Nigeria and India. Several students showed up in their traditional cultural outfits.

“Spaces like these are desperately needed on campus. We need safe environments where students of color and students of different cultural backgrounds can share their cultures, find similarities between each culture, and celebrate the differences that make their culture beautiful,” said first-year political science major Tara Atrian. “I was supposed to stay for one hour at the most but ended up staying for almost four hours. It didn’t feel like separate groups meeting up, it felt like a family.”

The multicultural mixer was held by SCORE last quarter as well, and because of the success of the event, the committee plans on making these mixers a quarterly event to keep the different communities connected.

“This mixer allowed different organizations to come together and not only learn from one another, but spend time with one another and really build bridges. I think this is very important, especially when it come to combatting issues that are very prevalent when it comes to our campus climate, including racism, which is still an issue.” said third-year sociology major Megan Foronda. “In spaces like these, we really get to know one another and also find ways we can address these issues and this enables us to be empowered and engaged on our campus.”

In the end, the multicultural mixer was a night of celebration and provided an opportunity for students to come together and enjoy the diversity and different cultures represented at the mixer.