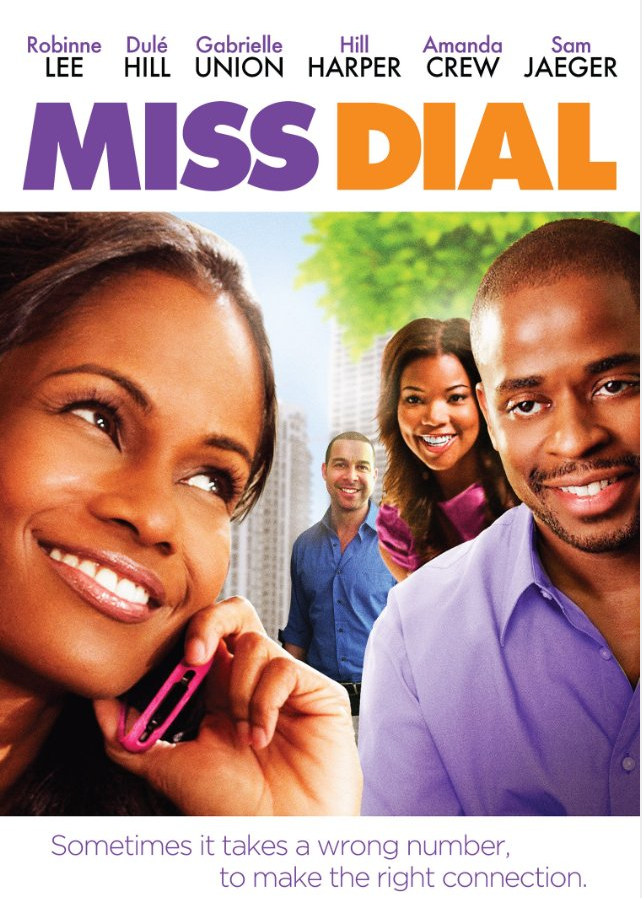 Directing your first film is a difficult feat; writing a script is hard enough, but being the ultimate creative force behind a project requires an immense amount of work. David H. Steinberg, writer of films such as “American Pie 2” and “Slackers,” recently made the transition from writer to director with his feature film directorial debut, a romantic comedy titled “Miss Dial.” Steinberg’s first venture follows consumer affairs rep Erica, who feels disconnected from the world despite fielding calls from hundreds of people every day. One day, an accidental misdial inspires her to call random numbers and seek out connections with complete strangers, leading her to dial up someone who turns out to be very special.

While the plot continues in a pretty formulaic fashion from there, it is mostly in service of the film’s interesting visual style. With the exception of one or two scenes, the entire film is shot in split screen as Erica converses over the phone with strangers, friends, her callous boyfriend, and her new love interest. Framing an entire film as a series of phone calls can make things drag a bit at times, but it’s a constant reminder of Steinberg’s motif of disconnectedness. Also helping to make the constant phone calls enjoyable are the performances. Notable praise goes to Robinne Lee and Sam Jaeger, who plays Erica’s new love interest named Kyle.

Steinberg’s writing is mostly utilitarian as far as the plot goes, but there are some distinct high points when Erica talks to the multiple strangers. These calls range from a story by an angry customer who alleges that digestive problems caused by her dog eating one of the company’s beef jerky products are responsible for her legal woes, to a more poignant call with a woman who discusses how her children have grown up and no longer need her anymore. There are flashes of Steinberg’s raunchier past writings in the script, but the crude and more clichéd moments are balanced out with some smart jokes and strikingly raw, human moments. All in all, “Miss Dial” doesn’t revolutionize the rom-com, but for fans of the genre, the earnest story, pleasant acting, and clever visuals and dialogue should be enough to entertain.

Steinberg also shared his thoughts about the film in a Q&A:

Q: Where did the idea for the story of Miss Dial originate? Did it come from any personal experiences or acquaintances?

A: Robinne Lee, who plays Erica in the film, is a friend of mine (we actually went to college together) and she’s such a wonderful actress, I wanted to write something for her to star in. I’ve been interested in the subject of how we as a society are supposedly more connected through technology and social media, but are actually more disconnected in the ways that really matter. So I wrote a story about a woman whose job is to talk to strangers yet she works from home and never really connects with anyone. We purposely shot every actor in a separate location to emphasize this theme about isolation. So in some ways, that’s the indie component to the film—the “experimental” concept of making a movie with no two actors ever being together. But the story itself is a very conventional, but still hopefully surprising, love story.

As far as populating the movie with the crazy, funny callers, I am that guy who calls these numbers. I’ve talked to the Diet Coke people about the design of their cans. I’ve called Slim Jims to ask why they changed the formula. I’ve even called Vlasic pickles when my son noticed the sliced pickles weren’t cut all the way through. The customer service reps are always very nice, no matter how dumb your questions are, and they always give you free coupons.

Q: What were some of the unexpected challenges of directing a full-length feature?

A: Our budget was so tiny we could only afford to shoot for ten days. So the biggest challenge was shooting 8 ½ pages a day instead of the 3 or 4 that a director would normally attempt on a feature. But the challenge forced us to be creative, and we had two cameras running simultaneously during the main conversations between Erica and Kyle. We did a lot of work in pre-production so we’d save time on set.

Still, no amount of prep could prepare us for the hot tub breaking down right before Alex is supposed to call Erica from the hot tub. The water was so cold we couldn’t put Jon Huertas into the hot tub. So we had a PA boiling water and filling up the tub cup by cup. It took five hours.

Q: After writing more raunchy comedies like the American Pie and National Lampoon movies, how did writing a more subdued comedy like Miss Dial differ?

A: I love the gross-out comedies, but the truth is, I sort of fell into that genre when my first script, “Slackers,” sold. After writing so many teen comedies, I feel like I’ve said all I can think of saying on that subject and wanted to tell a different kind of story. “Miss Dial” is a simple love story, but it was a challenge telling it within the thematic constraints we imposed. There’s still hints of my raunchy humor (see: light bulb caller), but I wanted to make a film that was a little more mature this time. And that women would want to see.

Q: Are there any future projects you’re working on now that you’re excited about?

A: I’m in the process of putting together my next directing project, which is a romantic comedy with a very cool supernatural element. At the same time, I just created and executive produced a sitcom for ABC Family and am continuing to develop comedies for television.