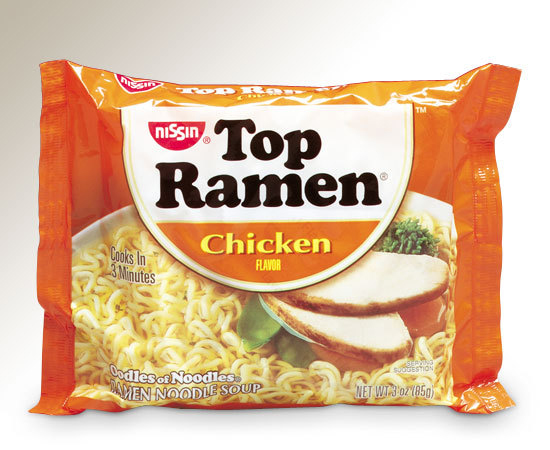 Georgi Readman is an 18-year-old who has lived solely off of Top Ramen noodles for the past 13 years, as reported by the New York Daily News. While college students consider Ramen a staple food, the dramatic health effects on Readman might make co-eds think twice about eating these noodles. Readman began eating Top Ramen at the age of 5, and never stopped thereafter. Today, she is 5-foot-3 and weighs 98 pounds; her doctors stated that Readman is  malnourished and her health level is similar to that of an 80-year-old.

“I buy cup [of] noodles out of sheer necessity when I am pulling all nighters and when the dining commons are closed,” said Melissa Funes, a first-year biology major, sharing her thoughts on the noodles. “But even when I do eat them, I don’t feel [like I am eating normal] food. My energy levels are low and I am unproductive.”

Although Readman’s case is an extreme one, there are health consequences for choosing easy, inexpensive meals on a daily or even weekly basis. According to WebMD, Top Ramen contains 750-950 milligrams of sodium when the body only needs 180 to 500 milligrams daily.

A few other popular, quick, and easy dishes also lack nutrition. MSN recently reported that Kraft’s popular selling item, macaroni and cheese, contains dyes, specifically Yellow 5 and Yellow 6, that are unhealthy for consumption and even banned in other places like the United Kingdom. Petitions are being signed to ban these dyes in the United States, but many other foods contain harmful and unhealthy ingredients.

Chips, pizza, and hamburgers may be tempting, especially as late night snacks, and it doesn’t help that In-n-Out stays open until 1 a.m. It’s fast and it’s food; however, as our bodies develop, eating fast food constantly may lead to future problems. Diabetes, high blood pressure, and heart disease are only a few of the repercussions that can occur from a lack-of-nutrients diet.

Next time you’re hungry, first ask yourself: is it because you are bored? If it is, then do something productive to take your mind off food. However, if you really are hungry, then go for some fruit and vegetables! Carrots, strawberries, celery, and bananas are very beneficial to the body.

“I read labels and it causes me to lean toward health conscious choices, but I eat junk food often,” said Ben Steele, a first-year linguistics major. “The dining commons food is untrustworthy so I resort to foods such as cereal, like Lucky Charms, or waffles.”

College students studying habits call for long nights and various energy booster drinks. Red Bull, Rockstar, and Monster are among the many caffeinated drinks students use to stay awake. While a few drinks may not cause much harm, the constant consumption of these high caffeine and high sugar drinks lead to an increase in blood pressure and irregularities in heart beats.

Need energy? There are various alternative ways to boost your energy and make you ready for the day, or night. Sleep is necessary. Exercising is another way to stimulate energy and going for a jog gets the job done.

Times are tough and students’ budgets are tight, but that does not mean that eating healthy is impossible. Simple trades from junk food to healthy snacks can make a significant difference for the future.