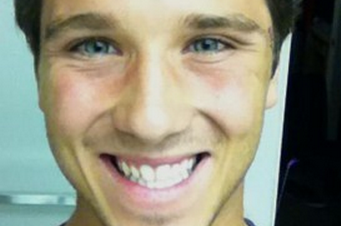 Q: What made you choose Santa Barbara City College?
A: Originally, I had a bunch of different options; I wanted to go to UCLA, UCSB, UC San Diego…but I broke my foot and I lost my recruiting opportunities for water polo. After that fell out, I could still go to Davis or to Long Beach State, but I didn’t want to go there. I really loved Santa Barbara so I decided to move down here and go to CC. The classes have been great; they’re still really competitive, and there are a lot of people trying to go to medical school. This ended up being the best decision ever because I’m loving what I’m doing. We’re really set up as far as labs go, and we just got voted number one community college in the United States. There are even UC kids who take classes at the CC and say they love it so much more.

Q: What is your main reason for going to CC instead of a four-year?
A: I would say it was a combination of a last minute change of plans and just loving the setting. It’s really awesome area where I can do pretty much anything I want. I’m a really outdoorsy person, so I can hike or surf or run. I’ll probably transfer to UCLA, Berkeley, or UCSB—UCSB is my safety—for a couple years. My goal is to go to medical school in San Diego.

Q: What made you choose to live in Isla Vista rather than downtown?
A: When I came to visit, I got kind of a biased feedback from everyone here. Everyone was like, “It’s not a big deal to commute from Isla Vista to the Mesa,” but it’s 45 minutes by bus, so I wasn’t ready for that. I’m a really social person, so now I just get rides everywhere and I don’t take the bus more than once a week. I’m so happy that I live here; I can surf, and some of my best friends go to UCSB so I get to see them all the time. I would still live here; I’m living here next year, and I’ll probably have a car, which will make things easier.

Q: Can you connect with the UC kids here? What do you think about the reputation of the crazy party kid that is sometimes associated with CC?
A: My childhood friends went to the UC, and the friends I made here go to the CC. It’s pretty split. [to the second question] Yeah, there’s no barrier at all. It’s not so much about the school you go to, it’s about the kind of student you are. For me, I’m a bio kid so I don’t rage all that much because my life is bio; that’s probably the same for someone who’s at the UC taking an intense major. Anyone who has more free time and is trying to experience life, more power to them—they’re probably enjoying it more. There are a lot more kids who go to CC who don’t take it seriously; we have a lot of Euros, who specifically take a year off from their school back in Europe and come here. We have a bad rep from people who don’t even come from California; they’re just here to rage and have a good time. There are also a lot of people who got into great schools and just couldn’t afford to go. The most expensive thing for me here is housing.

Q: Do you ever feel like there is discrimination between UC and CC? Do you feel like a person’s attitude toward you changes when they find out you’re from CC?
A: Maybe initially, but if so, it transcends really quickly. We still all go to the same events. Deltopia is UC and CC; the Undie Run is UC, but CC kids go all the time; I’m about to go to the Rec Cen and I’m a CC kid. I think it’s up to the individual and how they present themselves. Instead of saying, “Hi, I’m from the CC, I’m Nick,” I say, “Hi, I’m Nick, and I go to CC.” Present yourself, and then the school is secondary.