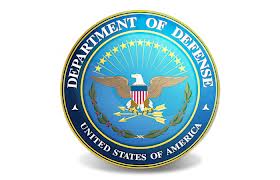 Four months ago, the U.S. Department of Defense announced that it would be dropping its exclusive contract with BlackBerry—and now, as the contracts expire, the market is open to Apple, Google, and other qualified companies.

“The Department of Defense is taking a leadership role in leveraging mobile device technology by ensuring its workforce is empowered with mobile devices,” said Defense Department Chief Information Officer Teri Takai in a statement on Feb. 26. The demands of supplying the Department of Defense are fairly hefty—according to their stated Mobile Device Strategy, they call for the winning company to equip some 600,000 mobile device users with “secure classified and protected unclassified mobile solutions that leverage commercial off-the-shelf products.”

While the government partnering with private companies is nothing new and is often met with varying results (think Halliburton’s role in the early 2000s), the Department of Defense seems to simply be interested in creating a kind of bidding war over securing the contract between the top mobile providers. It is still possible for BlackBerry to win the contract—but the fact that the Department of Defense did not choose to renew with the company does not spell good news for a brand that already seems to be falling behind compared to companies like Apple and Google. BlackBerry, though one of the earliest leading providers of advanced mobile technology and secure mobile communications, has not managed to enjoy the same success in recent years.

In the same month that the Pentagon announced that they would be ending the exclusivity of Blackberry’s contract with the Department of Defense, the U.S. Immigration and Customs Enforcement agency announced it was dropping all of its BlackBerry devices and replacing them with Apple’s iPhone. The Department of Defense’s pick will likely be a provider that can ensure top-of-the-line security as well as fast browsers, enhanced application capabilities, perhaps bigger touch screens, and, most importantly, a competitive pricing—and, of course, will perhaps score either Apple or Google some reputation points above their closest competition.

“This is not simply about embracing the newest technology—it is about keeping the department’s workforce relevant in an era when information accessibility and cybersecurity play a critical role in mission success,” continued Takai. In simple terms, it seems that the Department of Defense will finally join the consumer market in a shift away from the old-fashioned BlackBerry toward the sleeker and newer touchscreens of the iPhone or one of many Android powered devices.

Image Courtesy of the Department of Defense