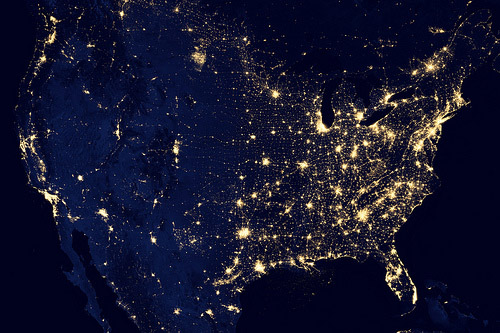 University of California, Santa Barbara Associated Students Senate unanimously passed a resolution on Thursday, Feb. 14, that backed the UC Regents divestment from the fossil fuel industry. It is estimated that of the $6 billion in the pool, over $340 million is invested in coal alone. If the university decides to divest, that means money will no longer be invested in coal, oil, or natural gas, but will instead be invested in other areas, a process that will take several years.

As much research has shown, fossil fuel use poses a major threat to the environment. Not only are fossil fuels non-renewable, meaning they cannot be easily replenished, but they release harmful gases into the air, which cannot escape the atmosphere and are reflected back to earth, contributing to global warming.

“Climate change, whether you care about it or not, has been proven time and again; the science is sound,” said Emily Williams, Environmental Affairs Board state-wide coordinator of affairs and the leader of the campaign to have the university divest. “With a changing climate, we can expect to see more intense and frequent storms like those which killed so many in Haiti and New Orleans.”

Fossil fuel use is not only an environmental problem, but a human rights one. Many people and families, most of whom are socioeconomically disadvantaged or lack the power to speak out against it, are affected severely by drilling for fossil fuels as a result of the pollution caused by the process.

“Processing plants are almost always found in communities of color or low socio-economic standing. Extraction sites follow the same rule,” says Williams. “These communities experience the pollution from the extraction and processing first hand.” Many drilling and extraction sites are on the lands of indigenous people.

Some of the biggest problems these communities face on account of drilling and processing are a lack of clean water. There have been complaints of water bubbling due to the methane released by drilling, and of water running brown from toxins leached into the ground from coal sites, among others. Many of these toxins are carcinogens, causing higher cancer rates among communities around processing plants. Asthma is a common ailment around those areas due to poor air quality.

The bill was initially introduced on Jan. 30, but it was put on hold because of concerns about whether divesting would affect student tuition. According to the frequently asked questions section put together by Williams and the other members of the project, the divestment will have no impact on tuition. The FAQ states, “The endowment is mostly in the form of ‘restricted gifts,’ which must be spent on their particular purpose, not to help decrease fees, nor to justify an increase in fees.”

Other schools that passed similar resolutions include Cornell University, Northwestern University, and University of California, Berkeley. Some schools, such as Sterling College and Hampshire College, have decided to divest completely.