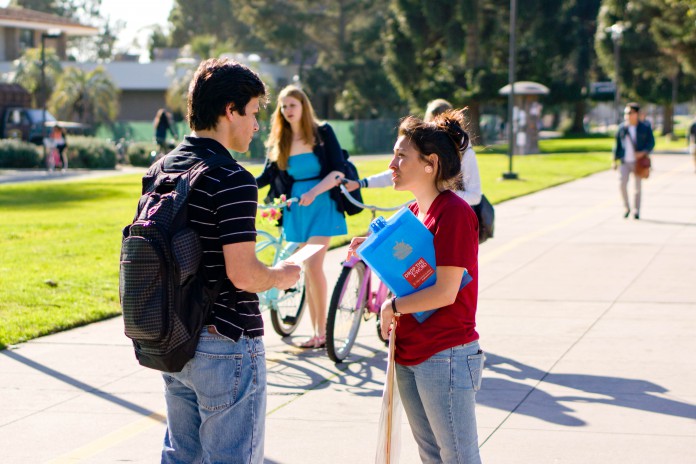 Student loans have lost their six month grace period in an effort to keep the student loan rate at 3.4 percent. Grace periods give college and university students a finite amount of time, generally six months, after graduation before they must begin repaying their student loans. The decision came in the summer of 2012 while students petitioned the state to maintain current student loan rates. Though the rate was secured at 3.4 percent for the year, a tax on transportation as well as the removal of the grace period was used to guarantee enough support for the proposal.

Maria Flores, third-year global studies major and Student Lobby issues coordinator, said the decision to end the grace period was not justified as it did not permanently secure the 3.4 percent rate.

“That only extended it for a year,” said Flores, “so after that expires, we’re gonna have to start fighting again to keep it from doubling and we won’t have that grace period. They just got rid of it. It was a loophole they found to just get rid of it. It was during the summer, July 1, so no one knew about it because everyone was off of school.”

The Democrats and Republicans in Congress agreed to remove the grace period and enforce a tax on the Transportation Funding Act to fund the low loan rate.

Lupe Zelada, third-year global studies major and Student Lobby member, said that despite the national scale of this decision, most students are unaware of the changes, which affect all loans taken out after July 2012.

“We were shocked. We were like, ‘I can’t believe this actually happened. I can’t believe Congress passed this,’” said Zelada. “We got so many shocked faces…People just weren’t aware.”

According to Flores, grad students have lost the ability to take out subsidized loans, and where students were once able to defer payment while they attended grad school, this is no longer the case.

“You’re going to have to be paying your undergrad loans while you’re paying your grad student loans too,” said Flores.

External Vice President of Statewide Affairs Nadim Houssain said that the removal of the grace period makes access to higher education even harder to achieve.

“The average student today already graduates with $20,000 in debt,” said Houssain, “which is a shockingly high number. Without a grace period, students will be expected to begin paying off these loans before they even have a chance to find a job after graduation. It may also discourage students from pursuing further education such as a masters degree for fear of seeing their loans grow in interest immediately upon graduating.”

Houssain said students should not be content with the loss.

“I think it is time for students to begin questioning this idea that we always have to sacrifice something valuable, such as a grace period, when dealing with student loans,” said Houssain. “The issue at hand is not a shortfall of revenue for the federal government to draw from to cover these costs, but rather a failure to prioritize the accessibility to higher education for students. The government should begin to identify other sources of revenue from which to subsidize a longer grace period.”

Houssain insists that demanding these changes is not enough and students need to organize on the grassroots level. Houssain said they intend to make student loans a priority while lobbying during the Student Lobby Conference in Sacramento and the National Legislative Conference in Washington DC.

Flores said Student Lobby will pursue this as far as necessary.