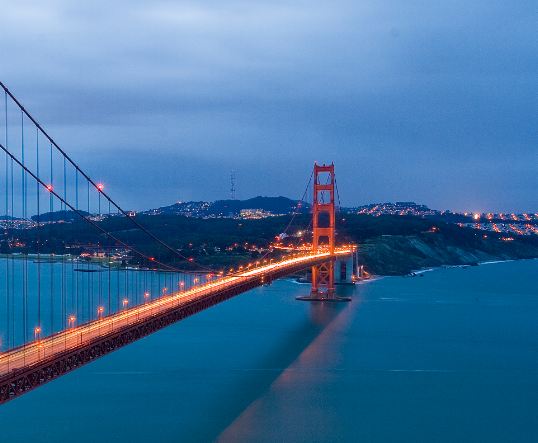 The University of California, Santa Barbara is a melting pot of California, state and national identities, but whether or not we draw differences between others and ourselves related to the geographic specificities of our upbringing is an arbitrary question.
Speaking of California exclusively, there is a much more diverse and complex regional amalgamation occurring at the university than a simple North/South disparity. Though we all may be familiar with the friendly competition between Nor Cal and So Cal, there are more recursive locations designating the personal character and familiarity of university students. Pockets of mass population—think Los Angeles and the San Francisco Bay Area—usually override the conversation by the force of their overarching significance for significant statewide institutions that are more part of national dialogue than a local one. The formation of regional identity is reliant on an inhabitant’s ability to relate to their physical environment and the figurative spaces that institutions encompass; for all those from Fresno, San Diego, Yosemite, Bakersfield, and Arcata (to name a small few), these wide designations do not provide an accurate portrayal of their hometown environments.

The primary dichotomy between Northern and Southern California are the mass followings that specific cities generate through institutional organizations such as sports teams. While on campus one can identify jerseys and paraphernalia from teams up and down the coast—Los Angeles boasts the Lakers, Clippers, Dodgers, and Galaxy, while the Bay Area has the San Francisco 49ers, San Francisco Giants, Oakland Raiders, and Golden State Warriors. The intermediary teams not localized to these population hubs encompass broad spectrums as well—the San Diego Chargers boast wide California support and the Anaheim Ducks have become a national institution beyond their cities more local importance. These sports teams are representative of city pride—for a fan, they represent a defining aspect of local culture and serve to cement their identification with that location.

According to UCSB’s Admissions website, 31 percent of undergraduate admissions come from Northern California, while Southern California—excluding Santa Barbara Ventura, San Luis Obispo, and Kern counties (which total 12 percent)—takes the majority at 51 percent. Surprisingly, only 6 percent of enrolled undergraduates come from either out of state or 76 international countries. Students from Europe, Asia, Africa, and South America bring a unique outside perspective formed by global settings, but their regional identity is a fact that demonstrates their character rather than defines it.

The linguistics and local slang of a region is one of the first perceivable attributes that can denote an individual’s relationship to their particular home environment. Living in Isla Vista, many of us are familiar with commonly Northern qualifiers such as “hella” or So Cal terminologies like “rad” or “sick.” Though these words are ungainly to someone unfamiliar with them—the conditioning and familiarity of hearing and using them over time functions in the same way for someone who has used them their whole lives. We are all expressive to the same contexts and exclamations (linguistic differences merely provide a background to an individual’s social conditioning)—and once misunderstanding has been surmounted, dialogue gains the added dimension of unique cultural perspectives.

Pockets of cultural development intrinsic to certain city environments are often a driving force of regional identification and function to solidify an often-stereotypical viewpoint of the people that attest to it. Cities and regions are often defined by stereotypical concepts to simplify the complex interactions unknown to a person who’s never actually been there. It’s common media fodder to define Los Angeles under the guise of Hollywood—extravagant, liberal, and a hub of celebrity intrigue—but in all truth this glosses over a hugely diverse ethnic population as well as various cultural movements growing out of local communities.

When considering regional identity as a litmus test for character, one runs into a common fallacy—though an environment imparts internalized viewpoints on an individual, it is crucial to disavow vast generalizations that are the product of a social conditioning for simplicity. Though regional identity portrays a fragment of an individual’s character, it supposes a locational loyalty rather than the mechanizing the specifics of personal distinction. Though it’s easy to call every San Franciscan a hippie, or every person from Orange County a beach bum, these labels provide a framework that are usually transgressed rather than completely realized. Gauchos come from all corners of the state, the nation and the world—by enforcing regional identity as tantamount to character, we lose the community dimension that all students can relate to.