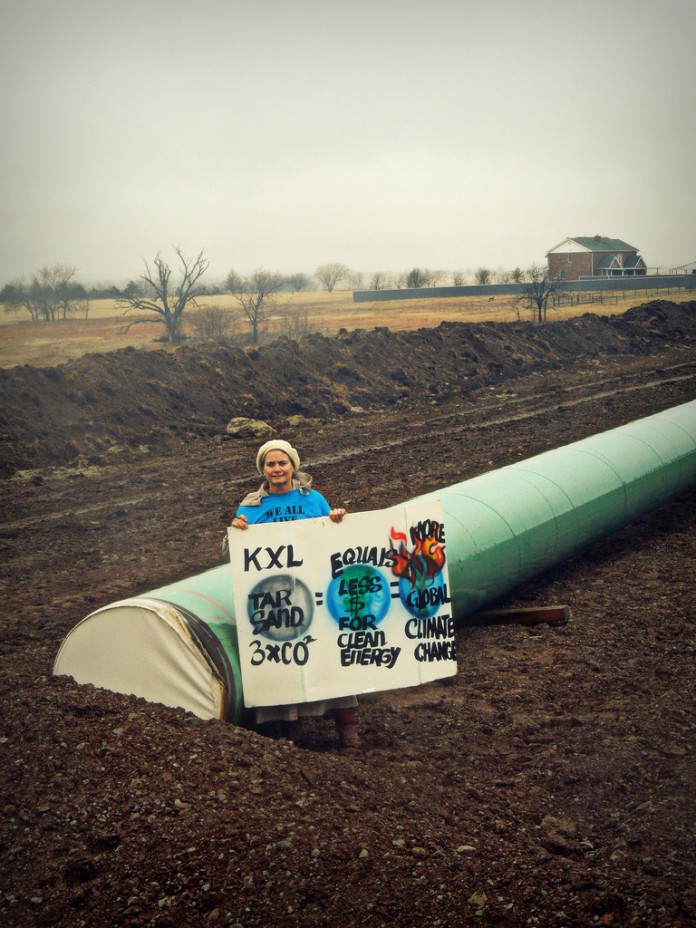 Environmental Affairs Board, a branch of Associated Students, hosted a lecture entitled “Breaking Up with the Tar Sands” last Thursday, Feb. 14. John Foran, professor of sociology and environmental studies at University of California, Santa Barbara, discussed the human rights violations and the detrimental environmental impacts involved with the building of the Keystone XL pipeline, which will transport hazardous tar sands oil.

After the short video, Foran, who wore a white T-shirt which read “Climate Emergency, 10% Emissions Cuts,” discussed the threat of the Keystone XL pipeline to the environment and to humans right as defined by the United Nations. Foran explained that all natural oil reserves have been either claimed or used. For this reason, oil companies are seeking an unconventional source of petroleum oil deposits known as tar sands. Tar sands can be found in large quantities in Canada, specifically in Alberta.

In other words, when tar sands oil is burned, it releases much more carbon dioxide and other hazardous gases into the air than other, more natural petroleum oils. Foran referenced scientists, such as Bill McKibben, to explain that the atmosphere cannot handle further increases in carbon dioxide. Bill McKibben is widely known for his article “Global Warming’s Terrifying New Math: Three simple numbers that add up to global catastrophe—and make it clear who the real enemy is.”

“It poisons the water it passes through, and unfortunately, every pipeline is prone to leaks,” said Foran. He followed up this statement by displaying photographs of the polluted waters surrounding a tar sands plant in Alberta, Canada.

Oil companies, which have invested billions of dollars in tar sands, plan to build the Keystone XL pipeline to transport the oil from Alberta directly through the United States. In fact, construction has already begun in Texas. Serious resistance from organizations such as Tar Sands Blockade has met the construction. Fortunately, President Barack Obama has the ability to stop construction; however, the decision has been repeatedly delayed.

After Foran completed his discussion of the Keystone XL pipeline and tar sands, UCSB graduate Max Golding and Santa Barbara Community College student Colin Loustalot discussed their experiences participating in direct action to stop the construction of the Keystone XL pipeline. They asked listeners to break up into groups and discuss what students could do to help the situation.

“We want to get people thinking about direct action possibilities,” said Golding.

Both Golding and Loustalot risked arrest by participating in direct action campaigns in Houston, Texas.

“This whole thing is a mess, and it needs to be stopped,” said Loustalot.