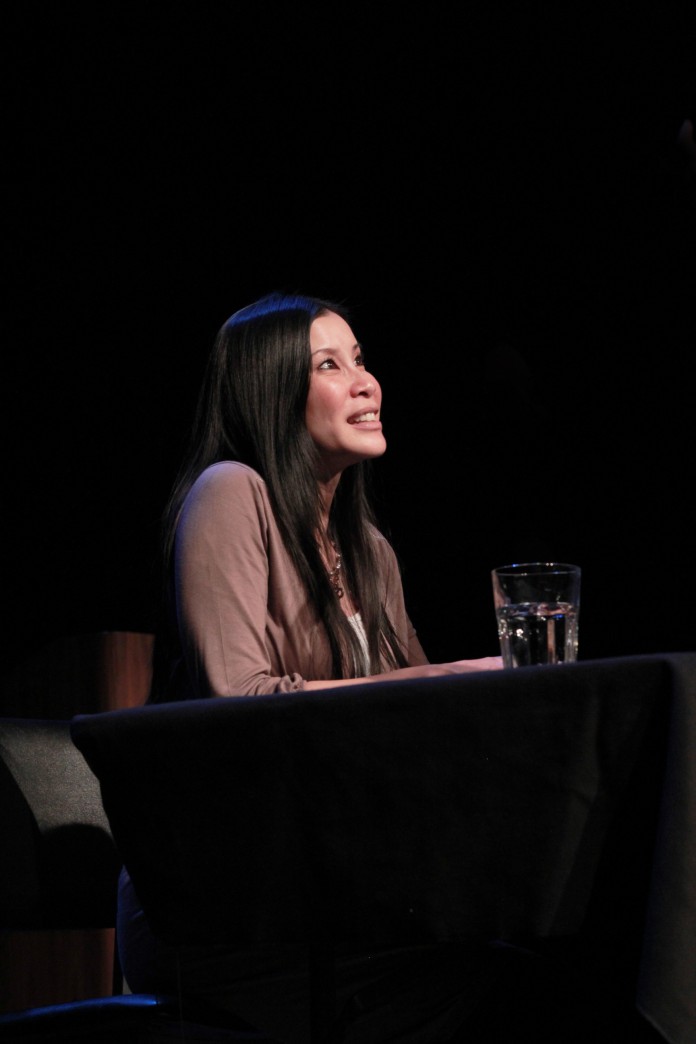 Acclaimed journalist Lisa Ling discussed the power of journalism as a force for positive social change and shared some of the important stories of career on Feb. 5 when she spoke at University of California, Santa Barbara’s Campbell Hall.

During her talk, which was presented by UCSB Arts & Lectures, Ling traced her career from her beginnings working for Channel One (a news program broadcast exclusively to middle and high schools across the nation) to her current position as host of Our America, which airs on the Oprah Winfrey network.

“TV was my favorite babysitter,” Ling recalled, before explaining how her desire to be on TV in order to better her life gave way to an interest in using journalism to better the lives of many. She related how working on various pieces affected her in an engaging, conversational style, beginning with a trip to cover the civil war in Afghanistan, traveling with the Red Cross.

It was there, Ling said, that she first discovered the true value of the media, remembering her distress at seeing the young people of a country most Americans couldn’t point out on a map carrying thousands of dollars of weapons that our government has supplied them. The experience proved resonant with modern events—Ling said, “I remember thinking, ‘What’s going to happen to these young people ten years from now?'”

A year later, she visited Iran, where she claims to have seen the early seeds of movements like the Green Revolution (the protests stemming from the disputed results of the 2009 Iranian election) in youth seeking greater knowledge of democracy and contact with the outside world.

Ling then moved to “The View” but, following a passion for field work, later joined National Geographic, which afforded her a variety of unique experiences, including a trip into North Korea with a medical mission. She described the phenomenal strangeness of a country without cell phones, Internet, or even advertisements, the heavy burden of government escorts following their every footstep.

It was around the time of her return from North Korea, she recalled, that the news media was dominated by the story of Anna Nicole Smith, expressing a frustration with the state of a field that would spend weeks on the trappings of celebrity but would not give a platform to speak about life inside of a notoriously oppressive country.

It was this desire to give voice to issues that were not as often covered by news media that motivated Ling to start her program “Our America,” which exposes the vast variety of lifestyles that exist within America. Following a recounting of some of the strongest pieces she had covered for “Our America,” Ling answered questions about investigative journalism and the problematic nature of the state of news media as a whole.