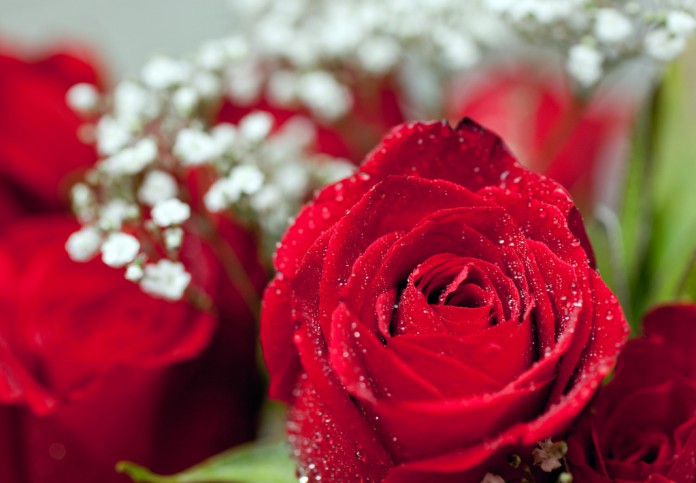 Single people of the world, prepare to get bitter; it’s time for Valentine’s Day. Oh yes, that magical time of year in the middle of winter when lovers get to show their affection for one another and singles like me get to pretend we don’t give a shit. Because even if not being in a relationship doesn’t bother someone during the year, it sure is hard to ignore Valentine’s Day. It’s a holiday with a lot of fanfare, and eventually the saccharine stuff starts to wear on the nerves for the people who don’t get to join in on the festivities.

I know that so far, I’m coming off as a total sourpuss who’s just hating on the holiday because he can’t get a date himself. However, I actually like the spirit of the celebration. I think it’s a very nice gesture for two people to have a day to reaffirm their feelings for one another. My beef with the holiday doesn’t stem from its essence, but from what it has become. Valentine’s Day has slowly transformed from a day honoring the love between two people into a mandatory ringer that is just another obligation. Much like Christmas has been for a long time now, it’s not about the meaning of the holiday. It’s just about going through the motions to prove to your significant other that you still care enough about them and prove to the world that you’re not lonely and pathetic.

The best way to explain this phenomenon is to look at some statistics. On Feb. 4, 2013, Statistic Brain, an online research provider to media outlets such as Forbes, CNN, and Business Insider, released a new set of numbers relating to Valentine’s Day. A few in particular stand out, beginning with the statistic that 53 percent of surveyed women said that they would end their relationship if they didn’t receive something for Valentine’s Day. Immediately, this should be a red flag. On a day that should be concerned only with showing your significant other how much you love them, the most important thing for more than half of the American female consumer base (assuming a representative sample, of course) is whether or not they receive a gift. That doesn’t appear to be a very off-putting number, but when combined with the figure that the average Valentine’s Day purchase is $116.21, it becomes clear that there may be a bit too much focus on expensive gifts in mid-February. In fact, this V-Day purchasing boom fuels entire industries; florists and chocolatiers alone employ almost 200,000 individuals, and, assuming that almost two-thirds of the consumer base celebrates Valentine’s Day as the survey reports, that $116.21 per person adds up to a lot of revenue for these businesses. This preoccupation with the perfect romantic gift has become so ingrained that companies are being built around it.

As a result of Valentine’s Day becoming such a high-profile consumerist ordeal, many singles are now forced to try and prove to the world—and themselves—that they aren’t sad in their loneliness. That may sound like a mean-spirited blanket statement, however Statistic Brain reports that 14 percent of women send themselves flowers on Valentine’s Day. Now that is sad. What has a holiday come to when not being able to celebrate it becomes so mortifying that sending a gift to yourself is the only way to mitigate the embarrassment? I’m Jewish, but I’m not so ashamed of not celebrating Christmas that I stuff my own stockings. I just eat Chinese food and watch movies like all of my other tribe members. This statistic also supports the consumerist undertones of the celebration, as apparently receiving a gift is what proves to everyone else that someone out there cares for you. Not a card or a romantic note. Just flowers.

As I mentioned earlier, I really do appreciate the spirit of Valentine’s Day. A holiday that celebrates love is a very positive influence on society. However, the festivities have evolved from simple gestures of love and appreciation to a stressful mess in which relationships are made or broken over how much was spent on what gift. And people who haven’t found that special someone yet are made to feel ashamed for not being able to participate. In this cynical day and age, it seems like everyone complains about the holidays. However, I do believe that this is one that really needs an overhaul. February 14 is a great day, and it shouldn’t be about materialism or reputations.