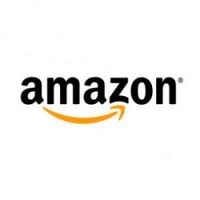 Earlier this week, electronic retail giant Amazon announced the launch of a new ‘Amazon Coin’ system. Word of the virtual currency spread around the web within the minute, both because a company the size of Amazon is involved, but also because the idea of an entirely electronic currency has spurred curiosity around the business world for a while now.

It is important to differentiate what this move means for Amazon, and what it does not. The underlying motive for this move on Amazon’s side is to energize app sales in its Kindle Fire store, along with the recent launch of the Kindle Fire HD.

“Now we have another new way to help developers reach even more of our millions of customers. Amazon Coins gives customers an easy way to spend money on developers’ apps on Kindle Fire in the Amazon Appstore,” said Paul Ryder, Vice President of Apps and Games for Amazon. As an incentive, the company is going to give away millions of dollars of the new coin for users to spend in the Amazon Appstore. Basically, the company is building an infrastructure that would allow faster monetary flow within Amazon’s closed system, which will potentially drive up profits for the company and independent application developers alike.

It is safe to say that the word ‘currency’ is not the exact fit to describe what this system is going to mean for users. It is more like a store credit, an idea that has been introduced to the electronic world for quite a while, with companies like Microsoft and Nintendo using their own in-store credit to make it easier for users to purchase goods. The new coin will not function as a currency, that is to say, it will not be exchangeable for other currencies at face value or redeemable outside of the Amazon Appstore.

This feature is another part of a series of enhancements Amazon has made in order to attract developers to make use of its independent Appstore. The company has announced earlier this week that App sales in the Amazon Appstore showed a staggering growth of 500 percent since January of last year. The steep climb in sales is due in part to the launch of Amazon’s own Kindle Fire, its first manufactured hardware system. Amazon is dominating the Android-based tablet market, as U.S.-based Kindle Fires are making up more than 30 percent of global devices alone. The device is still expanding its global reach and is set to continue and present a solid base of income for the Seattle based company. With tablet shipments on a constant  rise and Apple’s share of the market declining, 2013 is a very promising year for Amazon.