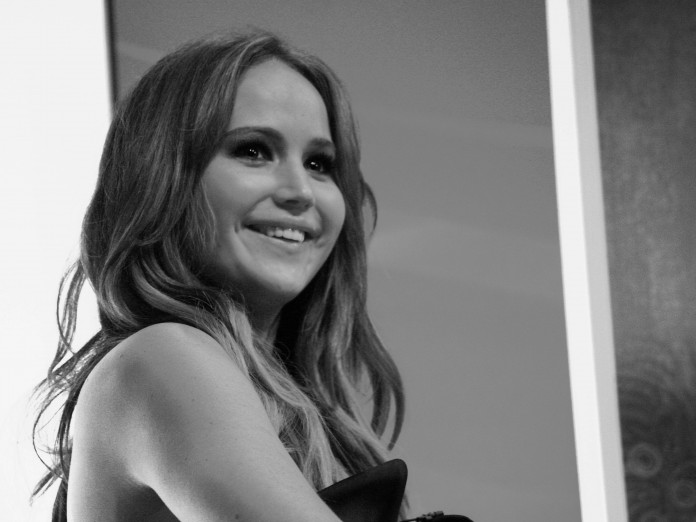 In recognition of her recent and critically acclaimed performances in “The Hunger Games” and “Silver Linings Playbook,” as well as her notable roles from past films, Jennifer Lawrence was awarded the Outstanding Performer of the Year award by the 28th Santa Barbara International Film Festival on Feb. 2 at the Arlington Theatre. Past Outstanding Award recipients include James Franco, Angelina Jolie, Heath Ledger, and Kate Winslet.

Only 22 years old, Lawrence is the youngest actress to be nominated for two Academy Awards for Best Actress. SBIFF Executive Director Roger Durling noted this when he honored Lawrence with a tribute during the event, describing his reaction to “Silver Lining’s Playbook” by saying, “I was thunderstruck by Jennifer Lawrence’s performance… I began fighting back tears at the realization that I was watching the moment in which an already wonderful actress became a classic movie star.” A moment, he later describes, that is a rare thing to witness in Hollywood, especially in his lifetime.

Durling also mentioned Lawrence’s “meteoric” rise to fame from her feature film debut in “The Burning Plain” four years ago, then for her lead in “Poker House,” followed by the explosion of her career for her lead role in “Winter’s Bone,” a performance which nominated her for her first Academy Award for Best Actress at the age of twenty. Lawrence continued to star in independent films until she landed her first studio film for “X-Men: First Class,” where she played super villain Mystique, followed by her second studio production for “The Hunger Games” as Katniss Everdeen. Her portrayal of Katniss was described by Durling as “one of the strongest, most badass female heroines in history.” “The Hunger Games” is said to represent the dramatic shift for the action film genre, as it became one of the top 200 box office hits, the only film to reach this mark where the film and lead role is built around a female action star.

Lawrence’s depiction of the character Tiffany Maxwell in “Silver Linings Playbook,” directed by the three-time Academy Award nominated David O. Russell, shows a contemporary, refreshing character that has garnered Lawrence rave reviews and recognition with the public eye. Grieving widow and recovering sex-addict Tiffany helps save the bi-polar protagonist Pat (Bradley Cooper) in the story, and the audience is exposed to her flawed, damaged, and vulnerable personality.

Durling capped off his introduction claiming, “This is not a star… calling Jennifer Lawrence a star is an understatement. This is a supernova.” With that, Lawrence timidly graced the stage, and even with her awkward demeanor, she showed the poise, beauty and modesty Durling described. Durling and Lawrence discussed her life and experiences before and after her rise to fame, and Lawrence was charismatic, genuine, and humorous as she described her nerves on the stage. She said her comfort zone is on set, but on stage she is “Chihuahua Jennifer.” Lawrence apologized for her awkward remarks and self, to which the audience joined her laughter.

As her nerves settled, she described acting as the first time she was ever good at anything. She mentioned she did sports and did well in school, but was never happy. Lawrence reveals that she never received formal training, as she could not afford it; she is a self-taught, natural actress. She said she does not prepare her lines, adding that by not memorizing and familiarizing herself in advance, she cannot define and visualize how she thinks the character should act or be, which allows her to depict the character as the director envisions it.

As more scenes and clips played, showing Lawrence’s skill in acting and versatility in characters, Durling remarked on Lawrence’s ability to cross between independent cinema and mainstream films without losing her integrity or artistic credibility.

At the culmination of the evening, Russell presented Lawrence with the award for Outstanding Performer of the Year, commenting on her performance and the filming of “Silver Linings Playbook.” He thanked Lawrence for beautifully depicting Tiffany with her soul, and helping the character Pat, who is based on his son. Russell also mentioned that he is grateful to know, have worked with, and present the award to Lawrence. With that, Alicia Keys’ “Girl on Fire” filled the theatre and ended the award ceremony, a song that arguably symbolized how the flame of Lawrence’s fame will only continue to burn after being set ablaze by her talent, skill, and personality.

“Killing Nothing” Giving Nothing: A Boldy James Review