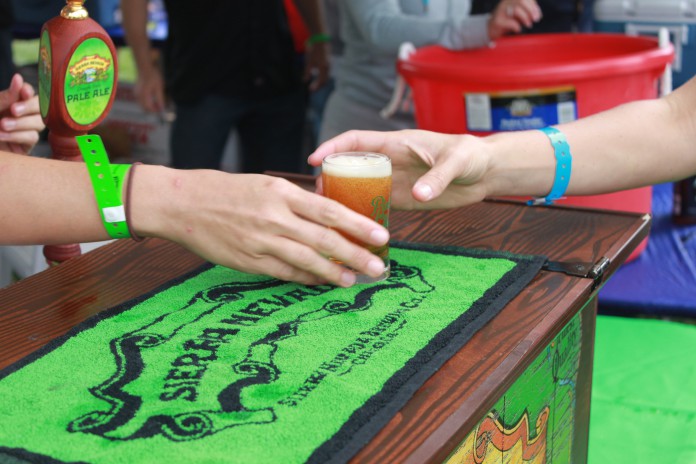 Alcohol is a part of the college experience, and it doesn’t matter if you’re 21 or not. If you walk down Del Playa on a Saturday night, some place with a loud stereo and open doors will welcome you inside to free, un-ID checked alcohol. The Social Host Ordinance, for all of the anger it initially drew, has been largely forgotten, and Isla Vista renters continue to furnish those under 21 with rum and cokes and Jell-o shots.

The legal drinking age in this country is nothing more than a slap in the face, and one that’s poorly applied, considering how the last few tequila-blurred weekends went. Eighteen-year-olds are considered mature enough to drive a vehicle that kills over 40,000 people a year, shoot and own a gun, serve in the army, and vote in elections which decide who runs the country. But with this sudden maturity gained between 17 years and 364 days and the magical 18, we, supposedly, learned nothing about self control and where our limits lie. That apparently doesn’t happen until we’re 21.

The United States is one of only a few countries to decide real maturity kicks in at this age. Fiji, Indonesia, Micronesia, Palau, the Solomon Islands, and Sri Lanka are the only other countries to hold this idea. Six out of 196 countries believe you magically hit maturity at 21. Italy, France, Germany, and all of Europe disagree. You can legally drink in Italy and Germany at 16. France, Greece, U.K., and Spain give you that right at 18 and for parts of U.S. history, we agreed with them.

Time for an alcohol history lesson. During World War II, Franklin Roosevelt lowered the minimum age for the military draft from 21 to 18. Then during the Vietnam War, men began to wonder why they were old enough to be drafted but not old enough to vote. Thus, the voting age dropped to 18. The same logic was then applied to drinking, and legal drinking ages began to drop across the country.

Then President Reagan and organizations like Mothers Against Drunk Driving decided to cause problems. To appease concerned mothers, Reagan held each state hostage to the tune of $8-99 million. The National Minimum Drinking Age Act of 1984 stated that if states didn’t raise the drinking age to 21, they’d lose up to 10 percent of their federal highway funding. With a potential $99 million on the line, it’s no wonder they all agreed.

Proponents of the current drinking age usually tout drunk driving statistics. However, let’s not forget that a key reason Reagan enacted the NMDAA was due to “blood borders” where 18 year olds would drive to neighboring states with lower drinking ages to get their alcohol; an action that then required them to drive home. If the age had been 18 in their own state, they never would have had to leave in the first place. So if alcohol’s available at home, you don’t have to go to that party in the neighboring town to get some.

The National Highway Administration does offer some good counterarguments. Traffic reports show a 62 percent decrease in alcohol fatalities among teen drivers since 1982. 1982 is also a mere two years before New York became the first state to require seat belt use and in 1988, Chrysler became the first company to offer air bag restraint systems as standard equipment. These might have something to do with decreased alcohol fatalities.

The Center for Disease Control and Prevention says the percentage of teens who drink and drive has decreased by more than half since 1991. That’s seven years after the legal age was set. Apparently, if you leave the legal age alone, teens will drink and drive less if you educate them about its dangers. Who knew.

At the end of the day, people will always make dumb decisions. However, for something as social and commonplace as drinking, it seems ridiculous that when we’re at an age where mistakes can be rectified and dealt with rather than ruin our lives, we’re denied the chance to make them. If 18-year-olds are mature enough to kill someone in defense of this country, they’re mature enough to ask for one last drink when that someone shoots back.