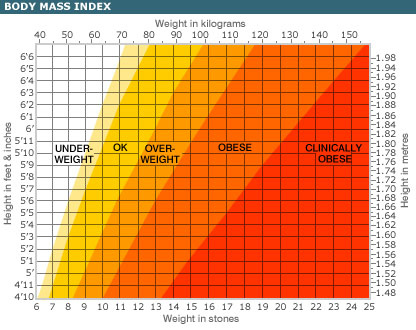 I rarely peruse fashion magazines. Partly because they have inappropriate headlines splashed all over them and the prude in me insists that to read them, I should wrap up the cover with a brown paper bag the way I used to wrap my high school textbooks. The other reason is that I will spend the next couple of days sitting in front of the mirror comparing every blemish on my face to the (lack of) blemishes on the models’ faces in the magazine. I also compare my hair, my weight, my height, my ability to pull off certain styles, my eyebrows, my lips, my ears and my everything else that comes up short against that girl on the magazine cover. I then proceed to conclude that I am utterly hideous, atrociously impoverished because I cannot spend a gazillion dollars on a pair of shoes and also forever alone.

The problem is the models don’t look like their fashion magazine counterparts either. Many fashion magazines are heavily photo-shopped, according to an article on retouching in Glamour Magazine, and I have no doubt that the models also spend a fair amount of time sitting in front of mirrors comparing themselves in the magazine to themselves in real life. The supposed ideal of beauty is in that magazine, and absolutely no real person lives up to it. I can’t decide if that is hilariously ironic or deeply troubling.

Models, as well as impressionable young girls everywhere, are affected by the terrifying epidemic of eating disorders such as anorexia, according to statistics compiled by radarprograms.com. When I found out that there were women who would literally starve to death because they wanted to be skinny, I was appalled. So when I found out that Israel passed a law saying that their models must have a Body Mass Index of 18.5 (the World Health Organization minimum BMI for malnourishment), said Anna Rogers, head Field Hockey coach at University of California Santa Barbara. I was thrilled out of my mind. This begins to combat the industry standards of impoverished-looking women being celebrated on our magazines, all bone, skin and awkwardly augmented breasts. It’s bizarre, and it’s not realistic. Israel is also passing a law that says magazine covers must also declare in noticeable fonts when an image is photo-shopped, according to New York Magazine.

It’s not a perfect method of standing up to bad self-images in women everywhere, but it’s a start. There are plenty of women who are perfectly healthy and still fall under the minimum BMI. For example, I’m four foot ten, weigh eighty-five pounds, and have a BMI of 17.8. I suppose I can look a bit anorexic until you know me and my eating habits. Perhaps there will be perfectly healthy Israeli models at a loss for what to do because their BMI is too low.

BMI is the ratio of weight vs. height to measure obese or underweight people. However, BMI doesn’t take into account muscle vs. fat, and therefore athletes can often have a very high BMI despite the fact that they’re perfectly healthy, just because they have more muscle mass and it causes their BMI to read as if they are overweight, said Rogers. Models can also be very healthy, but their BMI doesn’t always reflect that, and can show them as underweight instead.

It’s a genuine concern, but Israel has a very small modeling industry (only 300 professional models, according to New York Magazine), with most of their magazines and media coming in from other countries. It will be more interesting to see how this law impacts other modeling industries, and whether countries such as the USA will take a page out of Israel’s book to begin combatting poor self-image in women. It’s really an easy fix and consists of doing one thing: don’t tell people that what they look like is wrong and ugly. Body types were not made to be homogenous. I’d rather see a genuinely beautiful, healthy person on a magazine cover than some airbrushed and unrealistic ideal. In the meantime, I’m glad that Israel is taking a stand to say that “anorexic” as a look isn’t beautiful but rather horrifying and dangerous. The law may have some kinks in it, but the intention is spot on.