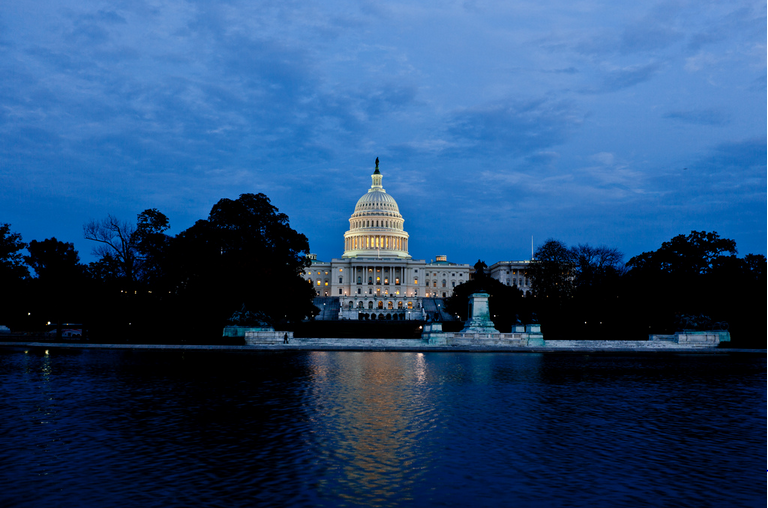 The controversy over the federal debt ceiling is the most recent financial apocalypse bearing down on the American people—and depending on whom you ask, the entire institutional state structure is in mortal jeopardy.

The United States is required by law to borrow money to pay for programs that Congress has passed—but this system has just allowed the government to consistently swipe a virtual credit card. With the United States government running a budget deficit at about one trillion a year, there have been bipartisan calls for reform ranging from drastic spending cuts to raising tax rates on the wealthy. United States debt has been on a steady statistical increase since the Reagan administration—at the present time it comprises almost 100 percent of gross domestic product.

According to Economics Professor Henning Bohn, Ph.D., “part of the problem is that the lawyers are not clear about what will happen, the end result is very opaque. The alternative to default is that the government doesn’t pay some bills such as Social Security, or stalls on tax returns, but the President will usually call on Congress to raise the debt limit.”

The United States Congress has the ability to borrow as much money as it wants, as long as it’s under the ratified maximum debt limit, according to a World War I era revision of budget policy. Prior to this, any act of financial borrowing was decided on a case-by-case basis—but after nearly a century of augmenting spending and waning tax revenue, the national public debt has skyrocketed to above $16 trillion.

The possibility of default is a problem as long as it hinders investor and creditor confidence on the solvency of American financial institutions—many readers may remember that the United States’ international credit rating was lowered by a financial services company Standard and Poor’s from Triple A to Double A earlier this year. Like many other financial institutions, the credibility of national markets is reliant on the capital provided by investors and lenders. Without assurance that they will be fully (and profitably) re-compensated, the moneylenders run for the hills. And once the money’s gone, the primary fuel of the American economic machine, everything the state does comes to a halt.

Our dramatically oppositional two party government—Democrats mostly appealing for revenue increase through taxes, and Republicans demanding deep spending cuts—has not taken the necessary steps to mediate public concern over crisis. According to the public record information on President Obama’s 2012 budget—with pork barrel spending, a bloated military industrial complex and a non-discretionary budget (think Social Security, Medicare/Medicaid, TARP payments and interest on the national debt), the government is essentially obligated to provide for much more than its physical budget allows.

Professor Bohn elucidated on the political disputes that surround the issue of the debt ceiling, saying, “People that lobby for one outcome will present disaster if they don’t get their way…the government has presented default as the cause of a drastic, terrible recession. Lenders will be too scared to give money—going forward, if we keep spending, we’re in trouble. ”

In order to avoid the expected stonewalling from the Republican party, Democratic politicians and Secretary of the Treasury Timothy Geithner (soon to be his successor Jack Lew) have proposed minting a trillion dollar platinum coin in order to fulfill the government’s obligations. According to the Washington Post, the Treasury can mint platinum coins at any chosen value for circulation—after this coin is deposited at the Federal Reserve, and before the debt ceiling is reached in February, the government can proceed in paying its bills. The trillion-dollar coin is a political machination loop-hole, but it could provide the government with the pragmatic materials to execute payments—the plan is weak on principle, however, and sets a precedent for the government to bail itself out while providing (possibly far too much) power to its central financial institutions.

When you’re constantly renovating the roof, very often you’re left without a ceiling over your head. This is the state of America today—the contractor meant to keep our home stable and livable will over time construct a towering structure bound to crash down on all of us. The threat of default is nebulous but undoubtedly present—though the how, the when and why all remain to be seen, its possibility is a portentous shadow looming over the Capitol. It is also common fodder for many conspiracy theorists and doomsday mongers to point to the Federal Reserve and China’s ownership of over $3.5 trillion of the U.S. debt. What sort of political influence this gives to foreign governments and financial institutions remains concealed in the dark morass of government intrigue.

The online tracker for the U.S. National Debt Clock is consistently and steadily rising—when accounting for the U.S. population at more than 300 million, each individual’s share of the debt $52,310.76. Someone will eventually be asking for the bill—and I’ll be trying to pay with my credit card.