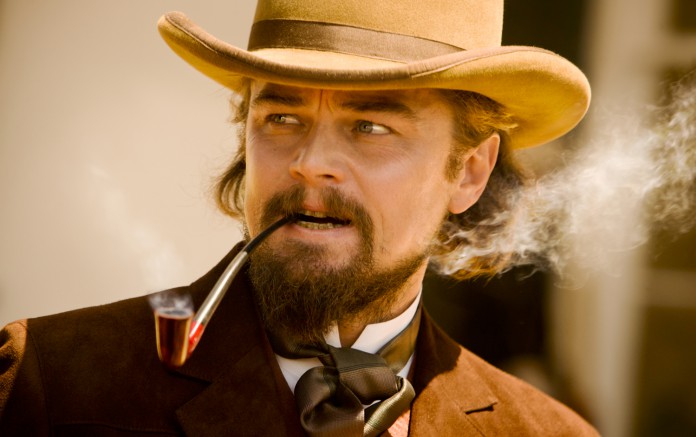 The master has returned. Quentin Tarantino’s eighth film, “Django Unchained,” was released to the public on Christmas Day to widespread critical acclaim, and it now boasts five Academy Award nominations. Par for the course for this storied director, known for beloved films like “Pulp Fiction,” “Kill Bill” and “Inglourious Basterds.”

Tarantino is no stranger to controversy either. His newest release has once again drawn the ire of figures like Spike Lee, who have criticized him for his continued use of racial slurs, specifically the “n-word.” This topic has been visited multiple times throughout Tarantino’s career, and even though people like Samuel L. Jackson (who has starred in many of his films) have defended him, it still remains a point of contention. Is it insensitive for Tarantino to use these terms so frequently and prominently in his films?

I believe that the answer is “no.” In order to really examine the issue, there must first be a discussion about Tarantino’s filmmaking methods. There are some clear stylistic links between his films—quick, sharp dialogue, unusual characters, graphic violence and a strong focus on music. However, this is where the consistencies end. He does not have a “style” in the way that a director like Christopher Nolan does. Instead, Tarantino plays across many genres. He has explored Blaxploitation (“Jackie Brown”), grindhouse (“Death Proof”), gangster (“Reservoir Dogs”) and recently western (“Inglourious,” “Django”) styles, with a different effect achieved in each film.

So how does this relate to his use of racial epithets? When Tarantino spoke to The Daily Telegraph about “Django,” he said he wanted “to do movies that deal with America’s horrible past with slavery and stuff but do them like spaghetti westerns, not like big issue movies.” When he sets out to make a film, he is not trying to be overtly political. Whatever statement he is trying to make is simply set within the confines of a genre film.

What this means is that the use of the “n-word” in “Jackie Brown,” for example, is a function of the genre, one that bestows a certain level of authenticity to the film. It wouldn’t be true Blaxploitation film without it. And looking at “Pulp Fiction,” Tarantino would not have been able to create a realistic pastiche of late nineties Inglewood with the frequent use of the word “African-American.” It’s the same reason that the recently released “Lincoln” used racial slurs, and the same reason that Spike Lee did it in his own film “Do the Right Thing.” Overzealous political correctness would destroy the legitimacy of these films, and their social motivations.

This brings us to “Django.” The film’s time period and subject matter basically demands the use of certain language in order to even approach authenticity. You can be sure that plantation owners didn’t call their slaves “African-Americans.” However, looking at the film objectively, it is pretty clear where Tarantino’s own allegiances lie. This is a spaghetti western; it is basically foretold that the good will triumph over the evil, and without giving too much away, that is certainly how the ending is framed.

In a film that is so transparently on the side of the oppressed, is it necessary to take out uncomfortable terminology for the sake of political correctness? Not at all. A similar situation, though not as socially charged, exists in his previous film, “Inglourious Basterds.” A sister movie to “Django,” it, too, was a spaghetti western, but this time it pit the Jews against the Nazis in World War II. In the opening scene, an SS Colonel explains that Jews think like rats when they hide from Nazis, and they are referred to as swine later on in the film. I happen to be Jewish. Was I offended at the anti-Semitic language? Not in any way. Nazis believed that Jews were genetically inferior. Tarantino doesn’t believe that, and it is in the film’s best interest to display this information because it portrays the Nazis in an appropriately evil way.

It is reasonable to take notice whenever a notable film uses offensive language, but it is not worth criticizing Tarantino for only using it to keep his films authentic and, in many cases, to defend the victims of said language. This is not to say that anyone has license to use racial slurs, but in making a statement on the evils of something like racism, it is necessary to be as legitimate as possible.