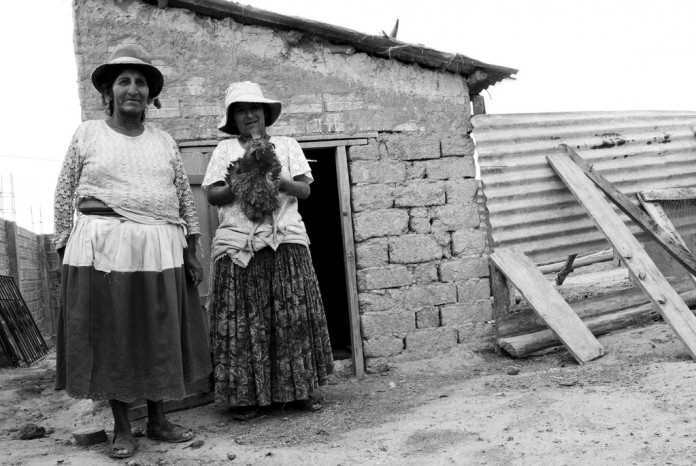 For over 20 years, professionals in psychology have been able to give a certain, specific classification to the vague concept of personality. The 1990 theory that permits this, specifically, is called the “Big Five” Personality Theory, and describes five different characteristics that every human supposedly has the potential to develop. However, a recent study on the Tsimane people, a Bolivian indigenous culture, calls into question the soundness of this theory.

Up until now, the five factor model, or FFM, has been widely viewed as accurate and consistent, regardless of nationality and class. At its core, it suggests a set of personality traits that are universal, which has been a major goal for the psychological community.

A study from Northwestern University gives some context for the importance of a durable personality theory, explaining that these models can be used “in the remedying of personality disorders and improving general understanding of personality.”

Neuroticism is one of the main qualities that comprise the FFM, and is described in the Northwestern study as high anxiety and a lack of stability. Extroversion, or sociability and interest in others, is another key factor. Following these are the traits of openness, conscientiousness and agreeableness, which collectively make up the “Big Five” qualities of the model.

Research on personality in the Tsimane people, headed by Professor Michael Gurven of University of California Santa Barbara, makes a definite departure from these distinct categories.

In the group’s report on their findings, the Tsimane are described as “forager-horticulturalists of central lowland Bolivia” who are “semisedentary and live in communities ranging from 30 to 500 individuals.”

Other characteristics of the people are consistent with their less developed environment, including relatively high rates in both mortality and fertility, according to an article on the study from the American Psychological Association, or APA. There has been some exposure to modernizing influences, based on the statistics that a number of Tsimane are literate and there is a part of the population that speaks Spanish, as the majority of Bolivians do. However, the study controlled for these characteristics, and results still indicated that this societal split has no impact on Tsimane personality type.

The report from the original study evaluated personality in the Tsimane people through the use of a FFM personality test. It stated clearly, “we administered a personality questionnaire based on the Big Five Inventory (BFI), a widely-used 44-item metric of the five-factor model.”

This was followed by a similar experiment where the researchers asked Tsimane adults to evaluate their spouses, also in terms of personality.

The APA article explained that the researchers were led to the conclusion of “a Tsimane ‘Big Two’: socially beneficial behavior, also known as prosociality, and industriousness.”

Although these traits are distinctly different from those in the “Big Five” theory, the article does concede that there are some common links: “These Big Two combine elements of the traditional Big Five.”

A likely explanation behind this new discovery is rooted in the Tsimane’s hunter-gatherer type of lifestyle. While the FFM has been proven to be applicable for people in places around the world, these countries share the common trait that they are all somewhat modern, educated and industrialized. The Tsimane differ in that they live in much smaller communities, rely on more of a subsistence-based lifestyle, and are generally without a Westernized education.

Lead researcher Michael Gurven gave his thoughts on the link between personality traits and lifestyle.

“Similar to the conscientiousness portion of the Big Five, several traits that bundle together among the Tsimane included efficiency, perseverance and thoroughness,” Gurven said in the APA report. “These traits reflect the industriousness of a society of subsistence farmers.”

This breakthrough opens a whole new facet to the complexities of human personality, and is likely to inspire more research on its similarities and differences across various types of cultures.