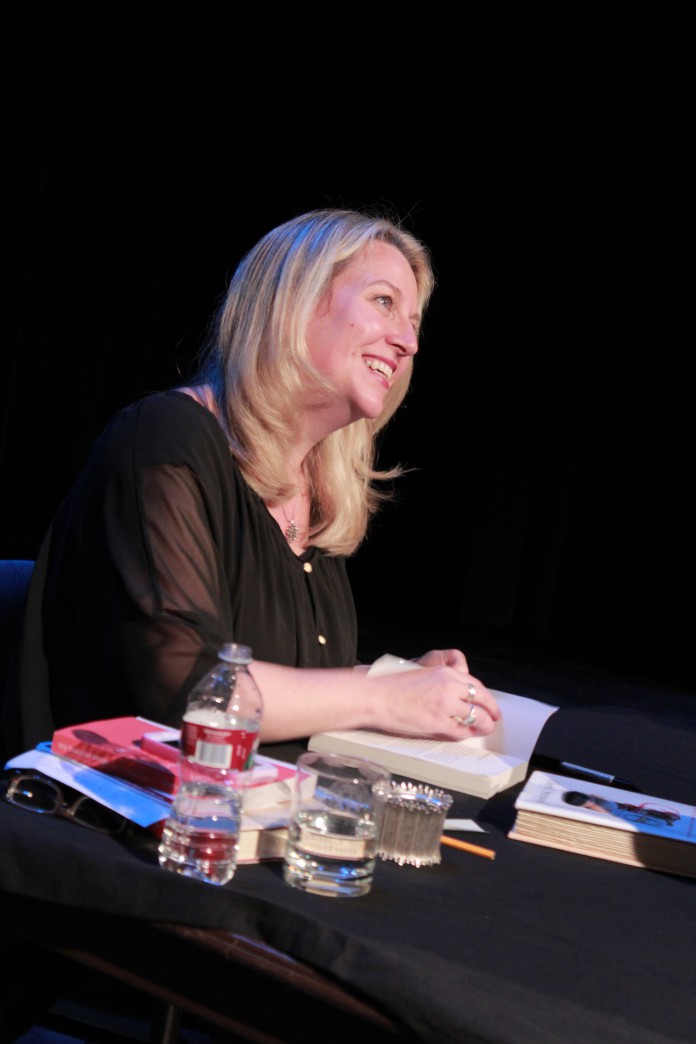 Author Cheryl Strayed walked on to the stage of Campbell Hall on Tuesday, Jan. 14, to roaring applause, an applause later concluding the tale of her trek across the Pacific Crest Trail, a 1,100-mile backpacking trip through Mexico to the Oregon-Washington border. For the present-day Cheryl Strayed, such applause and presentations have become common place. But for 22 year-old Cheryl Strayed, a recreational heroin user still reeling from the death of her mother and the end of her marriage, this future could not have seemed less likely.

At the age of 22, Strayed abruptly lost her mother to cancer, an event that would forever change her life and guide many of the paths she would later take. The death was her first personal experience with human mortality and it affected her beyond what she could comprehend.

“The heart of the book goes back to that life, that moment when I was 22,” said Strayed. “Essentially that was the event that split my life in two…When that person left, it was suddenly a hole that could not be filled.”

The novel, “A Wild Life: From Lost to Found on the Pacific Crest Trail,” recounts not only the death of her mother, but the end of her marriage and the drugs and sex she turned to help her cope with the circumstances she’d found herself in after healthier methods of coping did not help.

“I did all kinds of things in my grief,” said Strayed. “I grieved in ways that were difficult and self-destructive.”

These self-destructive behaviors, while Strayed realized their dangers, helped her to adjust to her mother’s absence and, in a way Strayed confesses is unhealthy, helped her honor her mother’s memory.

“You are so important,” Strayed said of her mother, “you are so beloved, that I will not go on without you.”

Amongst this blur of heroin and self-hatred, Strayed stumbled upon a guide to the Pacific Crest Trail and found in it a guiding light. She said she felt something open up inside her chest after reading the description of the trail’s beauty and natural grace.

“I just had this sense in my body,” said Strayed, “that if I went to do this thing, attached myself to it in some way, that some of that might hold onto me.”

Thus began Strayed’s plan to change her life and learn to live, a journey that would take her from the Mojave Desert through California, Oregon and eventually into Washington, with nothing besides her backpack and the occasional rattlesnake for company.

For Strayed, the hike was more than an effort to regain her mental stability. It was a question into how she could continue forward, a question she answered by pushing herself through crippling heat and record levels of snowfall.

“I headed out to get into my body and get out of my head,” said Strayed. “The one thing I had control over was if I moved forward or didn’t.”

The novel asks, according to Strayed, how we manage to bear the unbearable and continue carrying the weight we have to carry. By carrying a backpack which she initially couldn’t lift from the ground across the wild wilderness of the West coast, Strayed believes she found the answers to those questions amongst the flat deserts and the tall mountains.