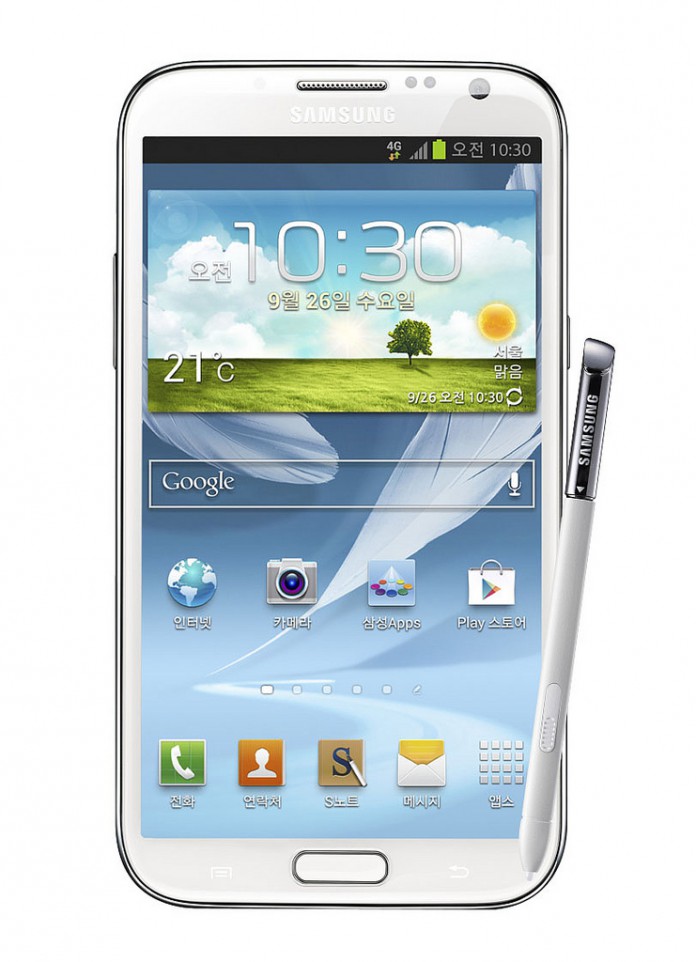 I’m sure you’ve seen them. Those monolithic devices some individuals opt to carry. A little too big to be a phone, but not quite the size of a tablet, these seemingly unwieldy devices have been coined with the term “phablet.” The most well-known of these devices is without a doubt the Samsung Galaxy Note 2. The device houses a crazy 5.55-inch display (up from 5.3 on the original Note), a quad core processor and storage capacity of up to 128GB. However, it certainly isn’t the first of these phablets.

In the summer of 2009 Dell decided to make its foray into the world of android with the Dell Streak (renamed the Dell Streak 5 after the line expanded to include a 7-inch model). It was a strange device to many consumers. The Streak was marketed as a tablet that could make calls, as the term phablet was not in existence. It was a product catered towards a niche segment of the market, doomed to fail and fall into obscurity (despite the fairly decent reviews). Now Dell has withdrawn from the smartphone market, but it certainly left its mark. The Streak was the precursor to the first truly popular phablet: the Galaxy Note.

In 2011, Samsung was flooding the market with devices for all types of consumer. There was everything from tough, waterproof phones to super-charged flagship devices. Then there was the Note. At the 2011 IFA exhibition in Berlin, Samsung would reintroduce the 5-inch-plus form factor to consumers. The main problem for the Streak was that it was unwieldy, as Android was not optimized for larger devices. Samsung would solve the problem by customizing the OS and introducing a new form of interfacing with device, called the S Pen. It is essentially a smarter-than-average stylus, which brings us back to the days of old Windows Mobile 6. As the late Steve Jobs would say, “If you see a stylus or task manager, they blew it.” The Note had both. Samsung makes a good point of advertising the features its phones have that electronics in the iOS ecosystem do not (if you’ve turned on a TV in the past five months, I’m sure you know what I’m talking about). Samsung probably doesn’t think it blew it considering the Note was met with rave reviews and has sold over 10 million units to this day.

Since the original Note, no one else really tried to enter the phablet market. One year later the Note 2 was revealed to the world (with an even bigger screen) and it was an even greater success, selling 5 million units in only two months. This is even before it was being offered by U.S. carriers. In fact, the Note 2 has sold so well in the United States that Samsung is expecting record profits of 8.1 billion USD in Q4 2012.

A few others have recently attempted to enter the phablet market. HTC made its attempt with the Droid DNA on Verizon. It boasts a full HD screen and the best chipset of any phone in existence (it’s screaming fast). It tries to solve the usability problem by compromising and shrinking the screen down to only 5 inches. However, HTC’s sales remain in a slump. LG has attempted a few phablets, but none worth noting.

The real news is, what’s going on at CES 2013 in Las Vegas? Surely manufacturers have note of the Note. They aren’t going to sit idly by as Samsung blows the market open. Many analysts are calling 2013 the year of the phablet. It certainly looks this way. The phablet market is going to become defined as devices with 5- to 6.9-inch screens. Any more than that and you’re a bona fide tablet and any less will make you just an old smartphone. Barclays predicts that the market for phablets will increase three-fold to 135 billion USD. Sony, ZTE and Huawei are all trying to break into this market. ZTE and Huawei will capitalize in South-East Asia, as well as resell their designs to other companies as an OEM. Huawei even showed off a ridiculous 6.1 inch device at CES. The new “one” Sony displayed the Xperia Z a 5-inch phablet with superior imaging chops (13 megapixels).

It will be interesting to see if any other manufacturer can break the monopoly Samsung has on this segment of the market. I’m also anticipating Apple’s response to all of this. More to come at Mobile World Congress in late February.