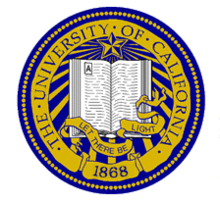 American Federation of State, County and Municipal Employees (AFSCME) mobilized students and the university’s employees last Thursday, Nov. 15, in order to protest the working conditions of the University of California Santa Barbara campus custodians, gardeners, cooks and health care professionals such as nurses and technicians. The notable increase in student enrollment has not translated into hiring more campus custodial staff.

Thirty five to 40 students and workers went to the Office of Student Life of UCSB with a clear message to alleviate the pressure on the employees working in the current situation in the dining and residence halls, as well as in the health care division.

“Last year I was cooking for around 1,000 to 1,200 students and we were two cooks. This year, the number of students can reach 1,500 and I no longer have a colleague,” said one of UCSB’s dining hall cooks. She added that a student works with her during several hours per day, “But it’s not enough. He doesn’t have the experience of a professional cook.”

The students living in the residence halls also have noticed the situation.

“In Santa Catalina there has been the biggest change,” aid Alex Jansen, a fourth-year zoology major who is working as Commissioner of Labor at UCSB. “There now all the rooms are triple, whereas last year most of them were double.”

Jansen was in charge of giving the 1,000 signatures they collected in two days to OSL.

“We want UC to turn back to the true public university that it was in the 70s,” he said.

AFSCME organizer Vanessa Guzman said that their intentions were to talk about this situation with the Vice Chancellor for Student Affairs at UCSB, Michael Young, but he was not in Santa Barbara at the time. Because of this, they presented the program to the Associate Dean of Students, Deborah Fleming.

“We are going to talk to Michael Young about this problem, and the next step is arranging a meeting with the students and workers to consider formally their petitions,” she said. Jansen said that their intentions are to conduct this meeting in public, “because all the students should know the situation.”

“All of us have been really into making it possible for Prop. 30 to pass,” said Guzman during the action. “It passed and now we want this effort we’ve done to be rewarded. UCSB’s priorities should be improving the well-being of students and employees rather than profit.”

Guzman explains that what they are asking for is to include in the workers’ contract the “safe staff” clause, which would determine the appropriate conditions of employees and avoid overworking staff. At the same time, workers ask for an improvement of their salary, because of the rising cost of living.

“We want to have a decent salary, enough to maintain our families and to afford the high standard of living of Santa Barbara,” said one of the UCSB’s groundskeepers. Most of the employees represented by the union need to have a second job in spite of working full-time at UCSB.