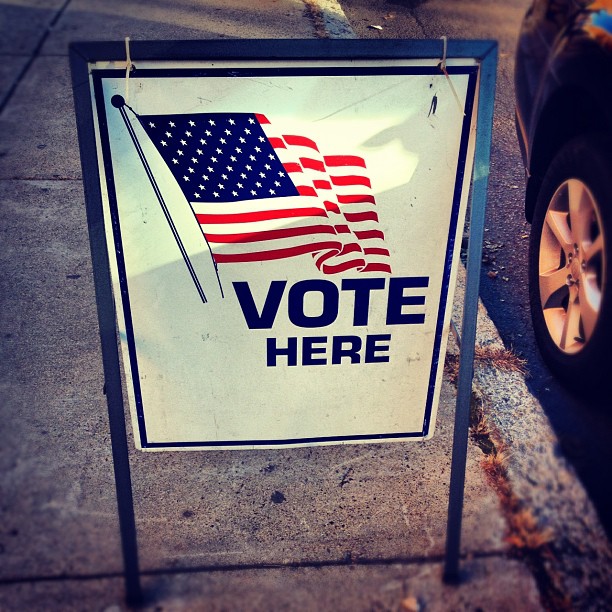 The University of California Santa Barbara Women’s Center hosted a non-partisan event entitled, “Girl’s Guide to the Ballot Box,” aimed toward educating women in election matters that could be important to them in the Student Resource Building on campus Monday night.

Second-year political science major, Hannah Brown, one of the Programming and Marketing Interns at the Women’s Center, created the event, which was sponsored by many pro-women organizations. Brown is passionate about getting women to vote and to know what they are voting for.

“We’re half the population and there’s stuff going on right now in between candidates and propositions and bills that affect women,” said Brown. “So many people don’t know because they don’t take the time to look through the [voter guide] they get in the mail, and I really think that if we get a good amount of people to come, they can learn what’s happening.”

The event itself featured two women from the Santa Barbara League of Women Voters (a non-partisan organization), who made a presentation and hosted a question and answer session for all the attendees.

During their presentation, Co-President for Program and Action Beth Pitton-August and Co-President for Administration Membership and Community Education Joanie Jones discussed the League’s recommendations for the ballot measures, and why it is important to vote.

“The younger you are when you get involved and interested in issues, and understanding the effects elections have on our everyday lives, the more you will be able to have an impact on your community as you get older, and be more committed to participating in democracy and being a part of civil society,” said Pitton-August.

Jones believes it is especially important for women to be educated, as education was a primary goal of women when they were first fighting for the right to vote.

“What women did 92 years ago, after the 1920 gaining the vote, was set up this kind of organization so we could educate ourselves as citizens,” Jones said.

“As I emphasized during the meeting, [Proposition 30] is a way of recovering losses that we’ve suffered through the recession and the resulting budget cuts to public services that women in particular use,” said Pitton-August. “Education affects everybody, but there are so many other things from the general budget that have been impacted in addition to education that will benefit from Proposition 30.”

Jones also believes Proposition 30 is most important for fiscal reasons pertaining to the recession.

“When you think of how many losses when you don’t have people in housing, you do not get real estate tax revenue for the government to run or for California to have roads repaired or to have the universities supported,” said Jones. “I think it has been a devastating five years, so I’d say 30 is the most important.”

For more information on the Santa Barbara League of Women Voters and their non-partisan recommendations for the election, visit www.lwvsantabarbara.org.