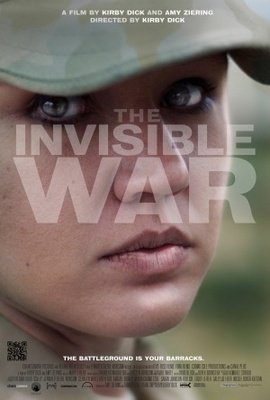 A female soldier is more likely to be raped than any soldier is to be killed in enemy fire, according to documentary “The Invisible War,” which was screened at Pollock Theater on Thursday, Nov. 15.

“The Invisible War,” which received positive reviews after its premier at the Sundance Film Festival in 2012, documents the epidemic of rape in the United States military. Several gasps could be heard in the theater as shocked attendees learned of the statistics.

Following the film, Dr. Kegan Allee of the Campus Advocacy Resources & Education led a Q-and-A session with the documentary’s producer, Amy Ziering. CARE, formerly the UCSB Rape Prevention Education Program, was one of the co-sponsors of this event.

“I really think of the military as a microcosm for the larger society,” said Allee in a separate interview. “There are similar dynamics at play and similar attitudes are the root cause of the obstructions that survivors of military rape have faced. We see all those same kind of victim-blaming statements in the civilian population as well.”

However, Allee insists that the film is not anti-military. Ziering mentioned that a major caveat was that the victims refused to partake in the documentary if it was anti-military.

“It is a critique, not an attack,” said Ziering.

The critique’s effect was immediate.

Shortly after the film’s premier, Department of Defense Secretary Leon E. Panetta passed policy changes to not allow the commander of the unit where a sexual assault occurred to prosecute the perpetrator. Additionally, “The Invisible War” has been purchased by some branches of the military as a training tool.

But, Allee said there was still work to be done. The film showed real sexual harassment education videos that support bystander intervention, such as suggesting that women not walk alone at night and that men receive a sober consent for sexual intercourse. Allee said this type of prevention normalizes violence and places the blame on the victim.

“Theoretically, if there were military members in the audience right now who are victim advocates in the program who are asked to give the ridiculous training on bystander invention… do you have any advice on that?” asked an audience member who said that she had recently returned from deployment. The woman, who wished to remain anonymous, cried as she asked her question.

Ziering responded that she was hopeful that bystander training would decrease and because the military has not attacked the film, there is a sincere will to change the problematic policies.

Susan Derwin, the director of the Interdisciplinary Humanities Center, said that the issues portrayed in the movie have been muted, making it difficult to bring changes.

“What’s so important about these films is that they put a face on the people involved in the military in our country,” she said.

Derwin mentioned that many people involved in these wars are student-aged and will return home and enter higher education.

“It’s our responsibility to enable that reintegration because they are parts of us,” said Derwin. “These wars are our wars.”

Part of this reintegration is receiving medical help. Many of the women portrayed in the film struggled to receive compensation and advocacy for mental and physical injuries incurred from military rape. Ziering said that Post Traumatic Stress Disorder symptoms are three times stronger in women suffering from Military Rape Trauma.

“Military rape is categorically different,” said Ziering. “When you are raped in the military, more often than not you have to go to work the next day next to your rapist.”

According to Department of Defense Studies, less than 5 percent of all sexual assaults are prosecuted. Less than one-third of those cases result in imprisonment. Because of the dismissal or punishment women receive after reporting rape, more than 86 percent service members decline to report.