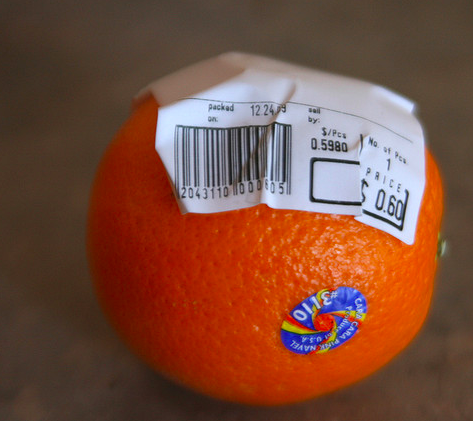 Labeling Our Concerns About What’s in Our Food: The Aftermath of Prop 37

Many students are probably well aware that Proposition 37 was a California ballot measure in the past election that dealt with the issue of whether or not genetically modified foods should be labeled as such. The proposition would have made it illegal for Genetically Modified Organisms (GMOs) to call themselves organic foods; however, it was shot down 53.1 percent to 46.9 percent.

I will be the first to admit that I hardly knew anything about this topic leading up to the election, and at first glance there didn’t seem to be anything too terribly wrong with knowing what is in our food. In fact, it seemed kind of smart to me, although most of the state was in disagreement. This made me want to dive more into the subject.

GMOs are genetically altered foods that are slightly changed to create an entirely new product for the seller’s convenience. Foods are genetically altered for various reasons. For example, genetically modified corn is just like normal corn, only altered by scientists to add a certain amount of pesticide to help the plant survive. According to naturalnews.com, some of the most common GMOs can be found in products such as corn, soy, cotton, papaya, rice, tomatoes, dairy products, potatoes and peas.

Many people have strong opinions regarding GMOs and their place in the food industry. Some people feel they are a technological breakthrough for the better, while others feel they are an unnatural risk that could potentially open up a Pandora’s Box of unexpected consequences.

I asked fourth-year psychology major Catherine Pohlman how she felt about Proposition 37 not passing.

“I am personally disappointed that it didn’t pass,” said Pohlman. “Companies like Monsanto and all the ones that produce GMOs should be held accountable for what they produce—whether people think this is a good thing or a bad thing. We should be able to trace it to them.”

As I did more research on GMOs, I learned that America produced and consumed more than half of the world’s GMOs.

“Other countries already label GMOs,” Pohlman commented. “They are not okay with it. So for us to be a leader of it makes us look like we really don’t care how it could negatively affect our health and our agriculture.”

“It seems very unnatural,” said third-year sociology major Morgan McCollum. “It doesn’t add up. On one hand Americans are trying to promote a healthier lifestyle but on the other hand they act completely oblivious to GMOs. Our food is already full of crap and the fact [that] they’re throwing more crap into it, that’s just silly.”

I asked Paul Warden, a global studies teaching assistant pursuing a Ph.D. in history at University of California Santa Barbara, why he thought Proposition 37 failed.

“It may be the way that this particular prop was worded,” he explained. “Or the clauses of this prop weren’t appealing and maybe that was correctly exposed. What I think is so sad about it [is that] it’s not really a political position. This isn’t even that progressive. A progressive proposition would say to eliminate GMOs, this was simply the right for the people to know what food contains GMOs.”

Warden then discussed what could be done in the future about the topic.

I followed by asking him what UCSB students can do about this movement right now.

“Contact the food co-op and don’t be afraid to admit that you don’t know something. Dare to be stupid and ask questions. Ultimately I want people to know that they have resources in the community. There are people in the community that would love to help them and give them more ideas to eat healthier.”