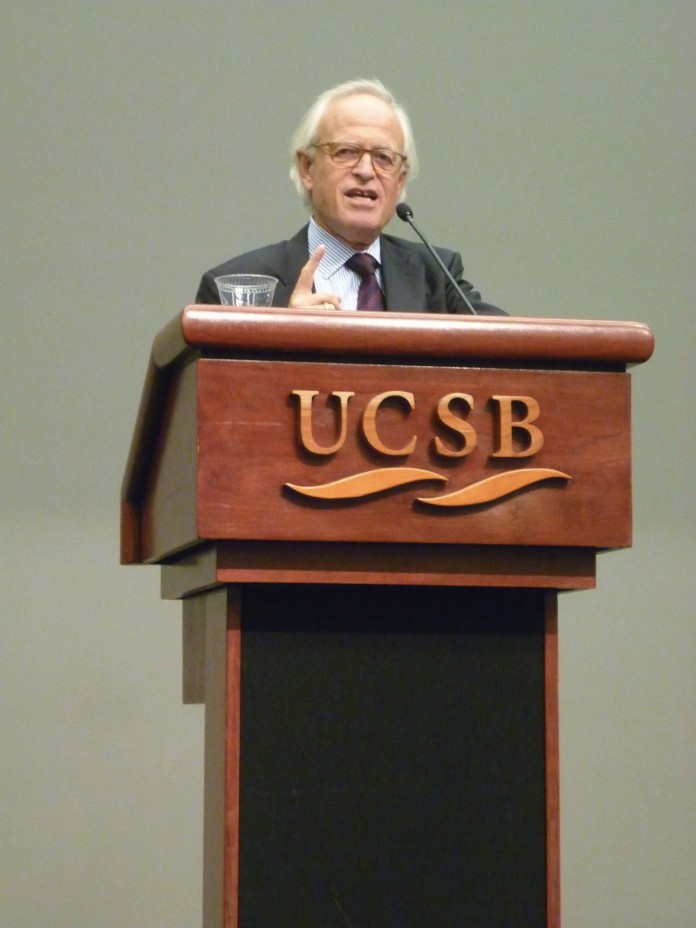 Martin Indyk, Vice President and Director for Foreign Policy at the Brookings Institution as well as former United States ambassador to Israel, discussed the emerging situation of the Middle East at the University of California Santa Barbara last Sunday. Invited by the Taubman Symposia in Jewish Studies, Indyk described the current panorama in the area and how the US will be affected by it.

Indyk explained the challenges the US will face in this new period as if he were speaking as the foreign policy advisor of the next president. One major concern is that the Israeli-Palestinian conflict is still in search of a peaceful solution.

“How long will Palestinians remain quiet, given the turmoil that is going on?” asked Indyk, adding that Palestinians can take to the streets to instigate a demand for a new political direction.

However, the former Ambassador believes that the Israeli-Palestinian problem won’t be a priority of the next president of the U.S.

“A conservative position will be taken that is trying to cultivate the circumstances which will improve the odds that next time there is a government in Israel, it demands the peace and a united leadership on the Palestinian side,” said Indyk.

Almost two years after the beginning of the Arab Spring, the new, revolutionized Middle East has important implications for developing relations with the U.S. Haim Malka, the Director of the Middle East Program at the Center for Strategic and International Studies, discussed this point.

“The overthrow of authoritarian regimes in Libya, Tunisia, Yemen and Egypt in 2011 unleashed violent anti-American forces that the previous governments had largely kept in check,” he said.

Indyk considered this anti-American wave in a region that is experiencing fragile transitions. The new regime in Egypt is a good example of new paradoxical trends across the region.

“The Muslim Brotherhood Egyptian government now has a dilemma: feeding its people or following its ideology,” he said. If they follow their ideology and decided to launch an offensive against Israel, they would not be able to feed the Egyptian people. The financial institutions would cancel cheap loans and economic inversions would decrease. Indyk maintains that the next president should consider this dilemma in the Middle East.

Syria and Iran remain as two areas of instability in the Middle East, the former because of a civil war that has killed 2,000 people and the latter because of its nuclear program.

“The United States is going to gradually adjust itself to a nuclear-capable (but not nuclear armed) Iran,” said professor of international affairs at Harvard University Stephen Walt in an article in the magazine Foreign Policy. Concerning the Syrian conflict, Indyk considered that the decision to make a move is a difficult one, and the international community is paralyzed to take any effective action.