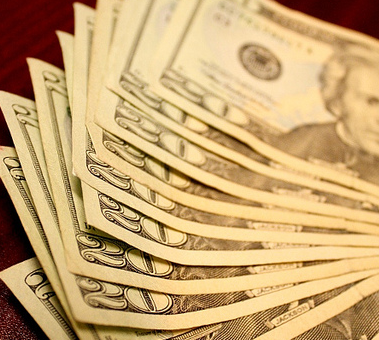 A diverse congregation of musicians, students and Co-op lovers came together at the Biko Co-op on Nov. 11 for Co-operoo, a dual concert and fundraiser for the Isla Vista Food Co-op’s Project We Own It. The project aims to solidify the currently ambiguous future of the IV Food Co-op, and Saturday night’s Co-operoo was one of its many efforts to raise money for the cause.

Co-operoo featured performers such as a cappella groups Vocal Motion and Brothers From Other Mothers (BFOM), as well as popular local bands Givers and Takers, Junipero and Rainbow Girls. In addition to live music, Co-operoo also featured a beer garden, organic food sales and even a kissing booth, with the majority of proceeds going to the cause.

“I think it’s a good way to bring the community together, to have some cultural entertainment,” said Andrew Dunn, a University of California Santa Barbara 2010 alumnus and coordinator of the event. “And to bring together people who support the Co-op. It’s really cool to show that musicians and artists and people from different background all support this effort.”

The concert raised over $3,500 dollars for Project We Own It, bringing the cause even closer to its mid-November goal of $200,000 to pay off the down payment on the $1.4 million in loans taken out to buy the Food Co-op’s building. A $10 donation at the door was requested, although per Biko house policy, nobody was turned away if they forgot the money or could not afford it.

“People were really enthusiastic at the door,” said Dunn.
We anticipated people would think it was too expensive, but people were totally willing to donate or give more. Some people just donated and left if they couldn’t stay. There was a lot of enthusiasm to be generous.”

The main theme of the night was one of collaboration and positivity. Older community members, college students and even several local high school students came out to celebrate the cause.

“We had, like, dozens of people coming up to us saying, ‘I wish IV had more events like this’—with this vibe. It was really happy, really good vibes, all ages. It was a really positive atmosphere that you don’t really see in IV that often,” said Dunn.

After the doors opened at 6 p.m., the night kicked off with vibrant performances from the pair of a cappella groups. To commemorate the recent death of David Propp, who was a member of BFOM, attendees and performers alike wore orange headbands. The Food Co-op is donating a small portion of the proceeds to Propp’s memorial.

After BFOM and Vocal Motion exited the stage, Givers and Takers took over—give or take a couple of their members.

“We don’t really have a name; we’re about three-fifths of Givers and Takers up here,” said Adam Henry, lead singer of the band, referring to the absence of two members. Despite that, Givers and Takers kept the crowd happy, even taking suggestions and improvising.

Junipero came on next, and as the audience grew more enthusiastic and slightly more inebriated, the dancing increased, though never in a particularly unruly way.

When Rainbow Girls took the stage, it was hard to find a single audience member not enjoying him- or herself. The atmosphere the whole time at the concert was one of positivity and unwavering support.

Overlooking certain mishaps with spills near equipment during Rainbow Girls’ set, the whole concert went on without a hitch, despite the last band, Sleep State being unable to play due to time restraints.

“I think it was a fantastic success. I was really impressed with how respectful people were. We had alcohol, live music and dancing—all things that could contribute to people getting out of hand, but people were great and just so respectful and so passionate about the cause,” said Dunn following the event.

“We saw a lot of local businesses, many of whom have a Green or local mindset, offering to help us out, which is great,” said Dunn.

Although closer than ever to reaching their goal, Project We Own It still needs donations and support. To donate, go to www.projectweownit.org.